Guns, Gore and Cannoli Is About Pizza Loving Gangsters Mowing Down Zombies 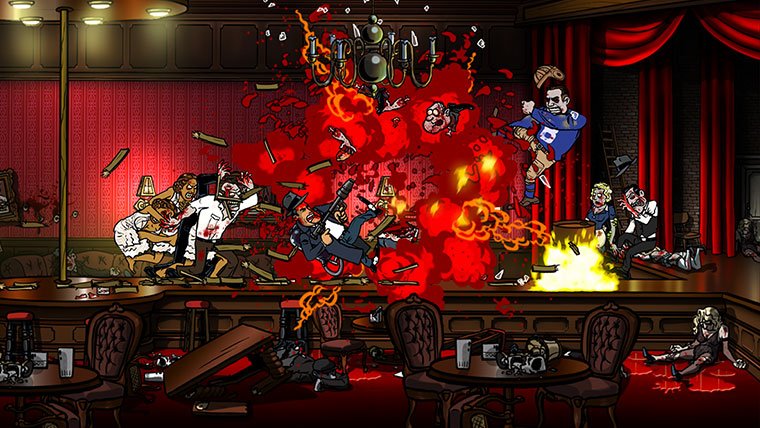 I’m gonna make you an offer you cannot refuse… The offer being a crazy little side-scrolling platformer called Guns, Gore and Cannoli! Set in the prohibition-era of New York. The game follows hardened mobster Vinnie Cannoli as he and his trusty tommy gun try to reclaim Thugtown in a mafia war, with some brains-craving undead thrown in for good measure.

Inspired by classic side-scrollers of the 80s, Guns, Gore and Cannoli won Best PC Game at Casual Connect Amsterdam in February 2015 thanks to it’s over-the-top action, stunning hand-drawn backdrops and hilarious gangster dialogue. “Imagine the Godfather playing Metal Slug” the game describes itself on its Steam page and features:

Guns, Gore and Cannoli hits Steam on the 30th of April and will be heading to PS4, Xbox One and Wii U later this year and check out the trailer below, capiche?