Halo: What’s the future for the UNSC? 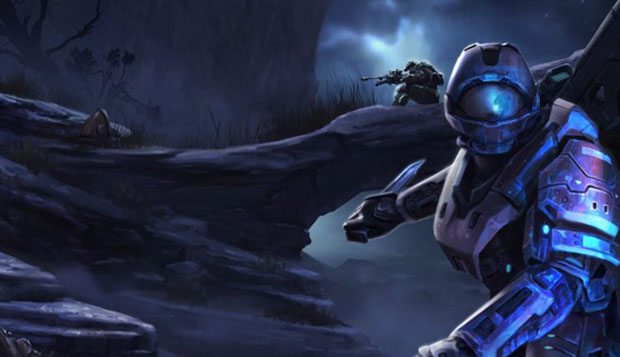 Frank O’Connor, 343’s development director has revealed in a recent interview with Official XBOX 360 Magazine that there will be no more Halo offshoots, at least for the moment.

“I can tell you we’re not working on any side stories as games at the moment. They’ll certainly be more Halo fiction entering the universe but we’ve got no new games to announce right now.”

So what do we know about the future of Master Chief, Cortana and the rest of the UNSC? O’Connor confirmed there will be two more Halo Reach map packs this year, stating “Of course we’ll be supporting Halo games via DLC, matchmaking, tournaments, and more. 2011 is the tenth anniversary of Halo, and we’ll make sure that the fanbase, the user-base, and the community is energised with cool new content and fiction”, which means more jet packing, pummelling and spartan lasering. For me this also means, more Forge. Forge for me  is like playing Lego on a games console. I’m a dad, therefore I still love playing Lego with my kids! I want to make a machinima, however my friends are less than happy to play along. I’ve made a UNSC frigate, the Thunderchild and several scenes are ready to go, so more maps means more fiddling and tweaking for me. Gotta get those camera angles.

Anyway, personally I think that 343 are missing a treat with this. I know Halo 3 ODST was only luke warmly received, however the premise of exploring the Halo world from the perspective of someone who isn’t a surgically enhanced harbinger of death to anything that shouts “Wort Wort Wort” is an interesting prospect. I loved the voice cast of ODST. I loved that you had to plan a bit more when it came to your attacks on groups of Covenant. You couldn’t just charge in,  Battle Rifle blazing. And Halo wars combined two things I love, Command and Conquer style RTS and Halo. So for me, it was an interesting insight into the Halo world. Why not expand upon the ODST universe? Let’s follow Buck and the Rookie as they fight for the UNSC in a much more hostile, fragile way than the Spartans. I want to find out what happened to Master Chief more than anyone, I do. But what about the little people? Those people that fought the good fight without the aid of a lifetime devoted to war? I realise both games had flaws, however with a bit of tweaking, 343 could have a fantastic series of ODST games on their hands. Am I alone in this thought?

So what will come of the Halo series? There’s rumours abound of their being a remake of Halo CE, or a Halo Kinect game, but is that what you, the fans want? Do we want a fancy rehash of  already covered ground with a Halo remake or do we want to run on the spot, commando rolling our way into cover? Personally, I think a lot of the intensity of the games would be lost with a Kinect game, as you would be more focused on performing that roll just right, or making sure you performed the correct movement to reload. Or, worryingly, do 343 not which way to go. Have Bungie left a legacy that is too difficult for 343 to step up to? O’Connor revealed that “We [343 Industries] would be lazy and very lacking in imagination if we didn’t inject lots of brand new questions into the universe, and enigma, mystery, and awe are at the heart of what drives the fiction.” Ambiguous, isn’t it? Time will tell, but for the moment, let’s keep living the game, safe in the knowledge that Reach will fall, Heroes will rise and Master Chief will always be ready to fight his way out of a problem. To quote the big man himself, “I was gonna shoot my way out…mix things up a little.”

Home / Game News / Halo: What’s the future for the UNSC?