Halo Wars 2 with Kinect A Possibility 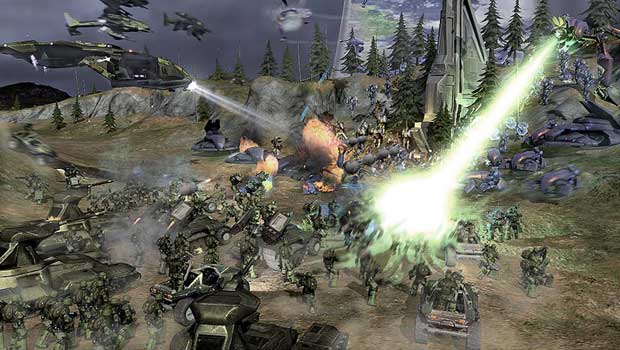 Fans of Halo Wars have been patiently awaiting an announcement from 343 industries for quite some time now.  The original game was a fresh take on the genre for console, being one of the first and only RTS games to have a functional control system that urged fast paced gameplay and pinpoint controls.  Recently, Fran O’Connor sat down for an interview where he touched on the subject of a Halo Wars 2 game.

O’ Connor, creative director for 343 Industries, called Halo Wars a huge success in the interview. And hinted at the possibility of a Halo Wars 2 in the future.  Though, he did note that the company is not currently working on a sequel for the 2009 strategy game.

“In that regard it was a huge success but is the will to do a sequel there? Who knows. We could do something that works on Kinect, for example. There’s no will against it but we’re not working on it right now.”  “We take risks in the universe and we always have done over the last ten years,” he added. “The new novel explores the Forerunner universe which was originally a mystery and it goes deep, it explores it pretty fully.

The problem with Halo Wars, is the fact that the people that made the first game a reality are all gone.  The team at Ensemble have been disbanded, and Robot Entertainment is currently working on another project: Orcs Must Die