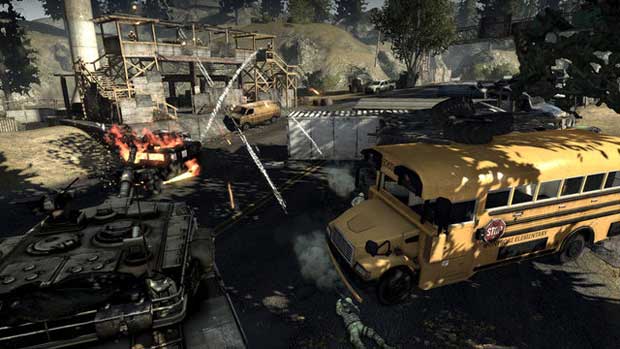 The latest Homefront screenshots have hit the web today courtesy of THQ and Kaos Studios.  Gearing up to launch  in March, this multiplayer centric shooter has recently inked deals with the Xbox 360 for exclusive content.  When the game launches, 360 owners will get exclusive access to one multiplayer map.  And down the road, Homefront’s DLC will be offered on a timed basis much like the Call of Duty series.