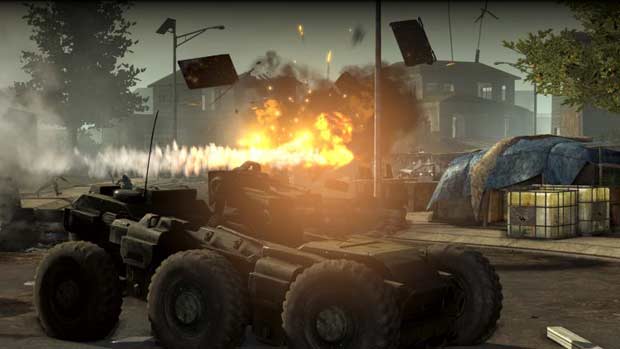 Homefront uses dedicated servers for its multiplayer game mode for consoles as well as PC instead of the often opted for P2P hosting.  A recent message from the Homefront team states that Kaos is working on bringing more online.  The server demand might be a good sign for Homefront, the game is current hovering at a 71 on Metacritic.  A recent reviews related run on the stock brought the THQ common stock tumbling 21% in just one trading day.

But the demand that is being seen by THQ might indicate that consumers have shrugged off poor review scores to see for themself if Homefront is worth their $60.  Doug Creutz of Cowen and Company told Gamasutra that he thinks the game will still hit its breakeven targets.

“Homefront has been building buzz up to the launch date so we believe the title will still be a decent seller for THQ despite mixed reviews,” “It is clear that Homefront has not lived up to expectations in terms of game quality,” the analyst stated.  “While this will likely hamper the title’s ability to achieve breakout success, we still feel reasonably confident that it will achieve sales of 2MM units, and see no reason to change our estimates at this time”.