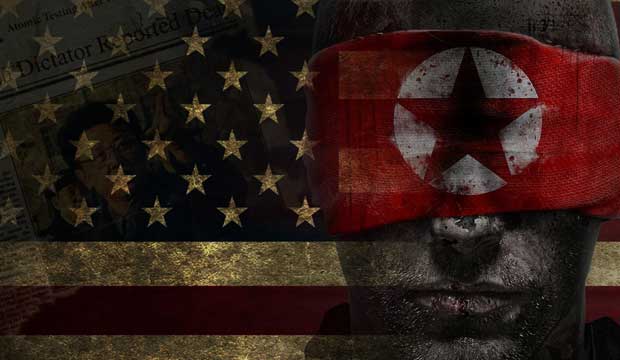 Homefront’s first week sales are impressive when you take into consideration that the military shooter from THQ has been plauged by game breaking and bugs and generally mixed review scores.  Some of the bug issues have been and are being addressed as was recently announced by the studio, but the review scores are set in stone.   According to VG Chartz, Homefront sold a modest 850,000 copies of the game in its first week.  Of those 850,000 copies, VGChartz claims that Homefront sold around two thirds on the Xbox 360.  The remaining third was split between the PS3 and PC.

Despite not getting the best reviews, the new IP sold better than some more established names like Dragon Age 2, Bulletstorm, and others although they were released at an earlier date, but still impressive as a break-in title.  Will Homefront sales continue strength in the coming weeks, with newly released Crysis 2 garnering the highest review scores for a FPS in 2011?  You’ll have to tune in next week to find out.

Analysts have also spoken about Homefront as of late.  The notorious games analyst Michael Pachter chimed in on the game on his Pachters Podium segment on Industy Gamers, and explained why THQ’s public stock took a hammering once review scores were released.

I think it’s fair for a publisher to spend a lot on developing a proven franchise, but far more risky to spend a lot on a new franchise. This statement begs the question of whether anyone can ever produce new IP, since it’s always so risky. Nobody would argue that spending $50 million on the next Call of Duty or GTA was worth it; it is far more risky for THQ to spend that kind of money on an unproven concept like Homefront, and given the barely average review scores, it doesn’t appear that they made a good decision.

The other consideration is the risk to THQ itself, as spending on Homefront was around 20% of THQ’s overall R&D budget. It’s one thing for Activision or EA to spend $50 million on a game, given that each spends close to $1 billion on R&D, and given that each has over $3.5 billion in revenue. It’s quite another thing for THQ, which has an R&D budget of only around $250 million, and revenues of under $1 billion. That’s the main reason that THQ stock reacted so negatively when Homefront reviews started to come in, as investors appreciated that a game with low 70s review scores was unlikely to sell significantly more than the 2 million necessary to break even.

What do you think?  Will Homefront continue to sell well going forward despite the problems and reviews?  Are you playing Homefront? If so what do you think about the game.

You can find our review of Homefront here.