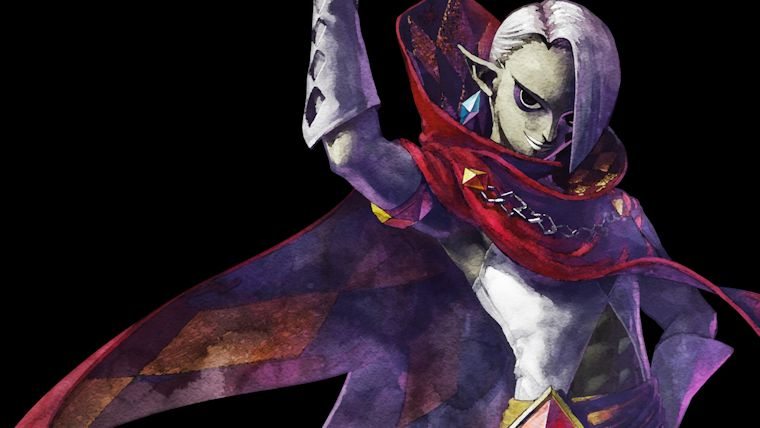 During last week’s Hyrule Warriors focused Nintendo Direct, we learned of a few new playable characters for the game, all of the villain variety. One of those happened to be The Legend of Zelda: Skyward Sword’s Ghirahim and following Ganondorf and Zant’s character trailers, we finally have one for Ghirahim.

During Skyward Sword, Ghirahim gradually breaks further and further as Link foils his plans, and it looks like we get to see some of that madness come into play in battle. He has his trusty Demon Blade in hand to take down armies of enemies in battle. However, that is far from all as he can also transform into one of his later in-game forms to take it to another level. At this point, Ghirahim becomes even more dangerous and demolishes the competition.

Hyrule Warriors launches today in Japan, with the US release coming in about a month and a half on September 26, exclusively for the Wii U. With the game releasing in Japan, plenty of spoilers are bound to start surfacing, which if we happen to post about any, we will let it be known in the headline or very beginning of the article. Check out the Ghirahim character trailer for yourself below: