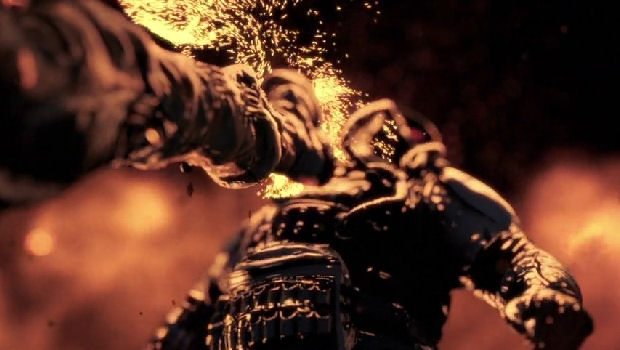 3D and motion controlled gaming are storming feature lists all across genres and the Move, Kinect, Wii, and 3D TVs sales are helping that. The gaming industry is a fast moving one. We’ve come a long way since Tennis for Two. Despite this, it seems we may be coming up to a speed bump warning sign on the road to entertainment glory. The bump is this steep incline of 3D and motion controlled games. But enough of the road analogy, time to discuss.

3D gaming is merely a twinkle right now in gaming’s mighty eye. The demographic that 3D gaming appeals to is small, but that’s what they said about the motion controller audience. The first big change 3D gaming has to make is the expensive “peripheral” otherwise known as a 3D TV. These technological “advancements” are often claimed to be nothing more than a gimmick (motion controllers anyone?). As you can probably tell, I’m not a fan.

I’ve played MotorStorm in 3D and I didn’t have much fun. It made me feel woozy and although it featured some interesting effects, such as exploding tires being thrown at you, it didn’t enhance the gameplay. Sure, it was fun, but it’s not something I’d play for extended periods of time. I don’t think this experience is rare however, as many people have complained about headaches and nausea. Other people have reported no feelings of discomfort as well so it’s something you may need to try first.

If 3D TVs come down in price to become affordable for the masses, and if they sell in large quantities, and if developers continue to support the idea, will this be a good thing? I know 3D gaming is not something everyone can comment on, it’s not like I have a lot of experience, but for the bits I’ve played and bits I’ve seen, it doesn’t seem like a true advancement. Despite popular belief, you cannot see enemies easier, you cannot feel depth more accurately, and unfortunately it does not make you feel like you are in the game.

One more beef I have with 3D is the concept of 3D glasses. These compulsory pieces of plastic can cost over USD$100.00. Not only is that costly, but you have to take into account that everyone playing/watching must be wearing them to view the TV properly. What if another friend/family member pops by and you don’t have any more glasses? What do they do? I suppose they are, as the kids say, SoL.

The Nintendo 3DS will hopefully remedy the glasses problem, but it limits to one person to be able to see the 3D effect (due to the perspective requirement) and still causes some cases of nausea. It looks like a cool device and I cannot say anything personally about it until I get my hands on one.

If the men and women behind 3D tech can cheapen the televisions and glasses, alter something to heal the nausea problem, and developers make interesting games that use the tech as an enhancement, not something thrown in, than maybe I’ll change my mind.

Motion controlled games blew up with popularity thanks to the release of the Nintendo Wii back in 2006. The critics were extremely sceptical of this new device with the general consensus being that it was cool but not long lasting. To everyone’s surprise it was of course a huge market success. Nintendo had found a new market, the casual gamer. This customer wanted to play games on occasion, impress people with their tech savvy, and allow them to get really good at a game, really quick, and still have fun.

This motion controller bombardment has been going on at an increased rate now with the addition of the PlayStation Move and the Microsoft Kinect. These new motion controller platforms are getting loads of buzz and new shovelware games are being released constantly.

The real question is if this addition of motion controllers is really pushing the video game medium forward or not. Personally, it’s a mixed bag. On my side of things, core gamers, we often ignore these games outright because of the visuals/concept/controller/etc and so we are clearly not the targeted audience. Who’s to say that we define the genre? Is there an audience shift occurring? I suppose it is too early to tell at this point and I’m no analyst. I do hope that the core gamers will not be forgotten however. Game line-ups and sales prove that we will be the focus for developers. Nintendo and possibly Sony and Microsoft will still cater to this new audience of casual gamers, but the software sales are at the core base.

That also brings the important question of how Nintendo and the casual game developing market will survive. The online marketplace that is flash games will always be around because of the cheap dev costs and huge exposure. Those games built for consoles however, will have difficulty sustaining momentum or sales. Casual games just don’t sell on consoles because console games almost always require to be marketed heavily if they aren’t marketed to those, the core, who read gaming sites. I doubt many of our mothers, hypothetically all owning Wiis, know of any games that come out. I think that the casual Wii owners simply purchase them, play Wii sports, and rarely touch it again. There are core Wii owners, they are just a rarer breed.

To round up motion controlled games, I do not think they are moving the medium of video games forward. I think that in time it is possible for them to enhance certain experiences, but in their current state I do not feel they are helping.

The problem I have with both of these technologies, and several others as well, is that developers throw them in hoping it will help their game sell. It’s sometimes thrown in and works well, Killzone 3 had solid motion controls and the 3D was stated to be well done as well, but many games just don’t do that. They take funds away from more important places to add Move functionality or 3D support. Using gimmicks has been a problem in the industry for a while. Graphics acceleration was a big deal when Quake came out prompting other developers to use it but taking resources away from other departments.

To answer the question posed in the title, I do not think gaming is necessarily moving forward. Not by leaps and bounds anyway. Developers are still making us get gitty with excitement over exclusives, sequels, reboots, and new IPs, but nothing revolutionary has happened that merits the title of evolution or moving forward. I don’t think the industry is in a bad position, but just in a bit of a rut.

Sorry for being so cynical. I have fairly strong opinions on developers using gimmicks to obtain sales. What happened to funding good ideas? I guess that’s what the indie sector is for.

Do you think the video games industry is moving forward? Backward? At an abrupt halt? Have I neglected to mention something important? Have I missed the mark?