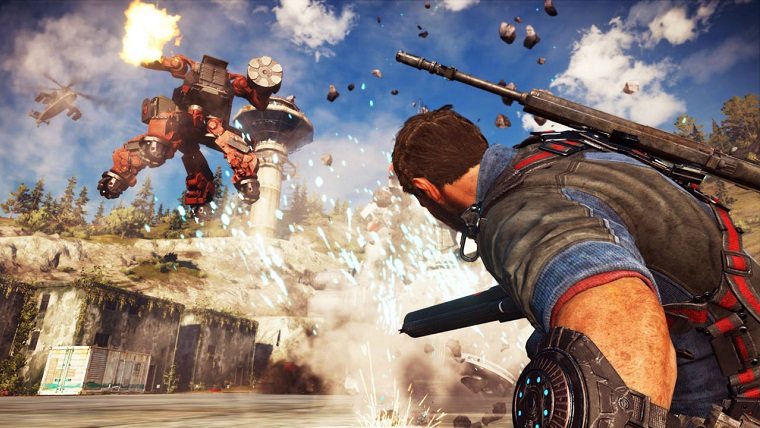 Square Enix has announced the date that Just Cause 3 owners will be able to dive back into the game to find some new content to check out, with the Mech Land Assault DLC set to launch on June 3rd for season pass holders. For those of you who don’t have a season pass, you’ll be able to download the DLC on June 10th.

While the DLC is available as a standalone download for $11.99, you can save a little money if you plan on getting all 3 expansion packs by purchasing the season pass for $24.99. The season pass is called Air, Land and Sea and includes the first DLC called Sky Fortress, the upcoming DLC called Mech Land Assault and a final one called Bavarium Sea Heist that has not been detailed yet.

The following is a brief synopsis for the Mech Land Assault DLC:

“Mech Land Assault takes Rico Rodriguez to the new island of Lacrima, home to an abandoned eDen research base and a prison camp run by the mysterious Black Hand. Defended by huge powerful Mechs, Rico will need the new Bavarium Power Core rifle to disable their shields and hijack them. Once inside, Rico can use their powerful cannons and the GRIP Gravity Guns to hurl and smash the enemy into pieces.”

Despite the lack of information on the final DLC, we do know that it will launch this Summer. Just Cause 3 is available now for PlayStation 4, Xbox One and PC.