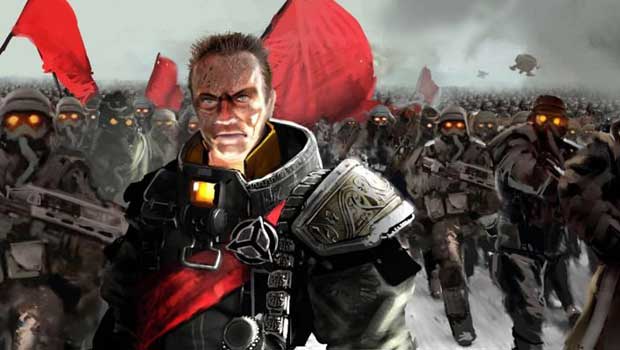 The Killzone 3 reviews embargo was lifted yesterday, and as expected the game has received widely favorable reviews from nearly all publications online and off.  The game’s release date is still a couple of weeks away but Killzone 3 is getting some much deserved love from game critics everywhere.  The successor to Killzone 2, Killzone 3 is racking up many perfect scores with sites like Destructoid and  PlayStation Lifestyle giving the game the mark of perfection.

Killzone 3 is the ultimate ending to a new form of sci-fi epic. It is a story of interpersonal conflict and struggle more than two civilizations at war. By taking full advantage of the PlayStation 3 Guerrilla Games has created an expansive world and proves that even shooters can have a compelling narrative With plenty of variety to keep the action fresh throughout the entire campaign, it never feels tiresome. – PlayStation Lifestyle (100)

As close to perfect as online shooters get, and I do not say that lightly. The single-player could still use a little bit of work, but its faults pale in comparison to the amount of entertainment that the multiplayer provides, not to mention that the story mode itself really provides some greatness when it needs to. I don’t think the PlayStation 3 has ever had quite such a rounded, satisfactory package as this, with this level of polish, refinement and pure, simple, unpretentious action – Destructoid (100)

Not all critics agree however, Joystiq didn’t care much for the shooter calling it a “miserable experience”.

No amount of 3D waggle can change the fact that the Killzone 3 campaign is a miserable experience. Killzone 3 certainly offers more bells and whistles than its predecessor — it’s just a shame they’ve been affixed to an inferior game. – Joystiq (70)

As for us, we liked Killzone 3 a lot.  Our reviewer thinks that ‘it’s got Halo and CoD beat out in the fun department’.  You can read that review here.

The reviews haven’t been without controversy though.  Some reviewers claimed the campaign is far too short, nevertheless Killzone 3 is impressive.