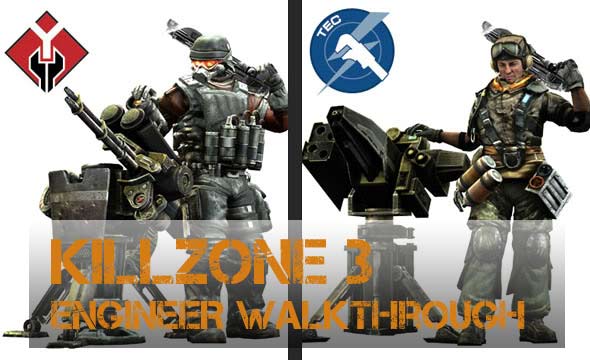 The Engineer is an integral part to any Killzone 3 team.  The primary role of the engineer class is to support his team whether on offense or defense.  The ability to deploy Sentry Turrets, fix munitions depots, and fix mounted turrets, make the Engineer a very valuable ally.  Armed with a nice array of balanced weapons, playing the engineer class isn’t all about fixing things.  You are well equipped to take down anyone on the battlefield.

Killzone 3 is scheduled to release on February 22nd exclusively for the PlayStation 3.