Kinect & Move: What it takes to Win The Motion Controller War 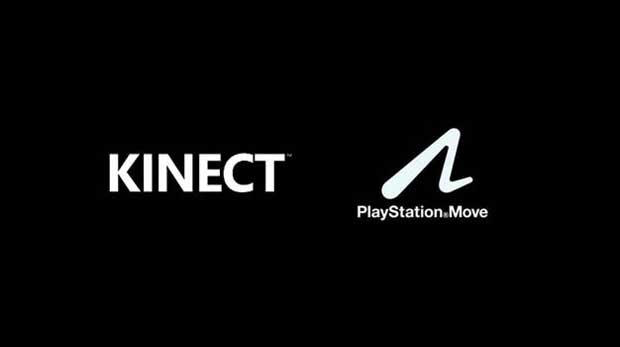 The motion controller war between Microsoft/Kinect and Sony/Move has been getting heated lately but the future of the two devices has yet to be decided. The Wii and Nintendo are the kings of motion controls right now but Microsoft and Sony are going to come on hard. I’ve written several lists articles before but have never had the opportunity to predict the future. So, with my trusty magic eight ball beside me, and my mind at full ESP capacity, it’s time to predict.

Both Sony and Microsoft have something that Nintendo does not which is HD graphics. Who doesn’t like HD visuals?

If Sony in particular could go out stating that they are Wii HD essentially, which I’m sure would peak a lot of the casual gamer’s ears and possibly win more customers. The Wii is wildfire, and the Move is an extension at its very base level, so connecting the dots for the consumer would surely get people interested.

The Kinect’s advertisement is hitting fairly dead on with their message that it allows controller free gaming. This is quickly winning over some of the casual gamers, but what about the hardcore gamers who have been with them from the start? For Microsoft to show them that they are not abandoned they should display some of the capabilities that the hardcore gamers want. Show a shooter, RPG, fighter, or maybe talk to Treyarch about a patch allowing people to use Kinect with Call of Duty. Something else Microsoft is missing in their advertisements is the other features Kinect has such as voice recognition. That would get more casual gamers, and if shown with the right media, could also hit on the hardcore gamers, effectively touching on both fan bases at once.

Advertisement is great and is definitely the forefront for the product’s image to the world, but if there is no content to back the promises up, then they will just lose them at the store.

I wag my finger in disappointment to both Sony and Microsoft for this one considering there is very little solid content on either platform. Sony in particular should have lots of content because developers from all over are already familiar with the Wii’s capabilities. The Move should actually empower them and allow developers to expand on what they wanted to do with the Wii. They are definitely supporting the Move in several first party franchises such as Killzone, Little Big Planet, and SOCOM, but more unique media like Tumble would lend a much better helping hand then small additions that end up rather unnecessary.

Microsoft is again on relatively level playing grounds with Sony and vice versa. Microsoft has had many gimmicky collections as has Sony, but Microsoft has a lot more planned than Sony. Ubisoft in particular seems very interested in the approaching motion controller era and is strongly backing Kinect with games like Child of Eden. It’s very good to have a backing from a publisher/developer like this but Microsoft still needs to remember their hardcore fans.

3. Move Everything, Kinect with your Xbox

For someone to dethrone the Wii you’re not only going to need solid advertisement and lots of great games, but small touches around the common display and standard functionality that will interest those who already have the system. That was a little vague, but essentially I mean add more Move capabilities on the XMB and more Kinect functionality on the dashboard.

Wouldn’t it be great if you could do almost everyone with the Move? I meant in relation to your PS3. Anyway, I’d like more functionality with the Move that isn’t just how we are used to using the XMB but using gestures. Swipes, wiggles, jabs, and spins could all interface with the standard media you have and possibly extend to places like the Internet browser (which can sometimes be hell to use). Why do we have to use the face buttons like I can already do with my Dualshock? I’d rather be doing quick gestures to select, play, fast forward, etc. This would lead to more people using the device regularly and lead people to purchase games because of their new-found interest.

Unlike Sony, Microsoft is already doing this fairly well. You can move your arms around to do an abundance of different actions. The dashboard is also setup very well for this kind of interaction. There is not much too really advise Microsoft to do in this category as they are already allowing Kinect functionality in their dashboard. I guess keep up the good work and continue to add functionality.

A big part of motion gaming is the fact that almost everyone can join in to play and therefore becomes a great social experience. Almost all motion enabled games are meant for this and that is where a large percentage of the entertainment usually comes from.

Sony will have a harder time with social gaming simply because it will require more remotes. This is a big downside to their hardware. Sony needs to get a lot of social games out even if the game just has co-op of some sort. They need to give the consumers confidence firstly, and they also need to give them a reason to purchase several Move controllers. I will admit, when I first played the Wii myself, I was absolutely baffled on how it had become so popular, but when I played table tennis with a friend I immediately knew why. Motion gaming can be a great solo experience but it is almost always better when you can enjoy it and look like a fool with friends.

Microsoft has a huge edge on Sony merely because you only need one Kinect for other people to play with you. This will help them sell social games much easier but will also mean that they won’t obtain as much revenue because people won’t be purchasing more Kinects. Long term that is a good thing though because it will build brand trust in the sense that they only had to purchase one, keeping in mind there are no issues with their piece of hardware, and that it was comparable if not even better than the price of its competitors. The games themselves have focused heavily on the social aspects and again Microsoft edges out Sony.

Although the title may make you think that I am a hypocrite, I am merely playing both sides of the fence. Social gaming is great but when your friends leave you’re all by yourself.

Sony makes a slight comeback here with games like The Lord of the Rings: Aragorn’s Quest, and Sorcery, and some small touches with games like Killzone 3, and Little Big Planet. Hopefully Sony can push quality hardcore singleplayer games more considering the possibilities if they did it right. I think we all want a good lightsaber fighting game with motion controls but who will give it to us?

Microsoft is pushing social gaming but does not have very much in the hardcore aisle. Sony may not be breaking barriers between hardcore and casual but they are still doing more than Microsoft. If Microsoft can start releasing hardcore games or even just patches for released games allowing Kinect support then maybe the hardcore gamers will start to embrace the new technology more. I know some already do, but I mean truly enjoy using it and want it in more games.

Those were my five tips that Microsoft and Sony could use to possibly win the motion controller war. There are definitely more but ten is overdoing it and seven isn’t as nice of a number as five.

What else could decide the motion controller war? Who do you think will come out on top? Can Nintendo hold their ground? What will decide the winner?