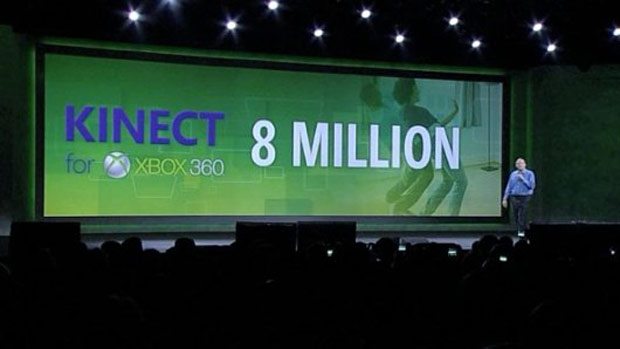 The Kinect sold 8 million units in 60 days according to Steve Ballmer, the CEO of Microsoft.  While Ballmer did the boasting about the device at CES, he definitely had something to brag about.  Microsoft estimated that 5 million units would be sold before the year end, and it looks like they did meet these lofty expectations.

Not only did they do it, they nearly doubled it.  And with this install base clearly cemented in, the company will likely be supporting the device whole heartedly going forward.

I bought one, and now if I only had something that I would allow me to use it, I ‘d be a happy camper.