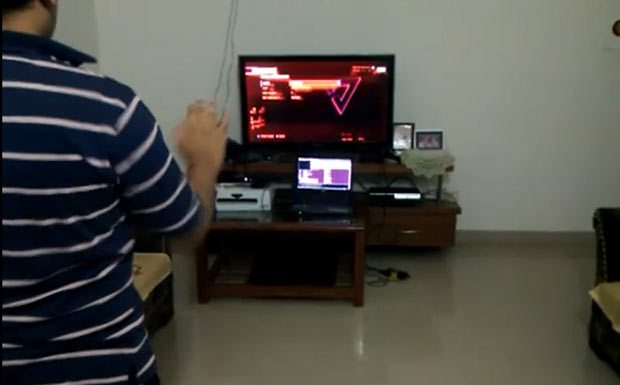 Kinect hacks may have died down recently, compared to the massive amounts of impractical applications that were applied to the device when it was released six months ago. Someone has finally gotten the Kinect to work on the PlayStation 3.  In the video below, YouTube user shantzg001 demonstrates by playing a little Killzone 3 with the controllerless controller.

As you can see from the video, all things are going well until he actually starts to play the game.  But it does show promise as a remote menu controller. The develope of the software has released the source code for the project, and hopes that it can be used to make a better experience in the future.  However, the developer warns that the code is pre-alpha quality.  So you might not want to try this with your PS3 if you don’t know what you’re doing.