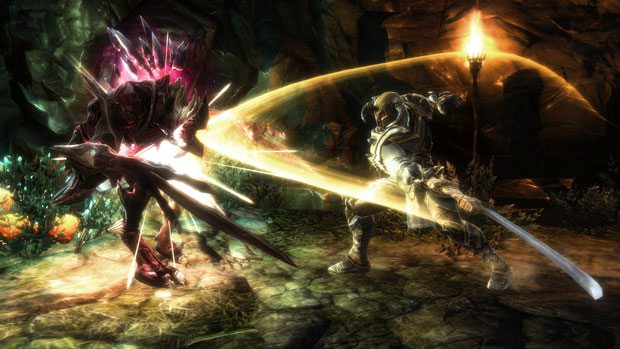 The Kingdoms of Amalur demo recently went out across all platforms, and noticeably the game demo was full of bugs.  Not a promising start for a game, when their first impression made on potential buyers is an experience that is saddled by “glitchy” gameplay.  Our own Ethan Powers best described the experience demo as “Glitchy but fun“.  Today, Ian Frazier who is the lead designer on the game talked about the problems and how you can expect a different experience when the full game launches.

Frazier explains that Big Huge games did not code the demo release, claiming that an “outsourced company” built the demo based on code from three months ago.  Needless to say, the developer is nervous about the reception of such a massive project.

“Given the bug situation, I’m incredibly happy with how positive the reaction has been.”  but the final game “is in way better shape” than the demo.

Kingdoms of Amalur: Reckoning will release on Xbox 360, PS3, and PC on February 7th.