The latest news in the world of video games at Attack of the Fanboy
December 29th, 2014 by Damian Seeto 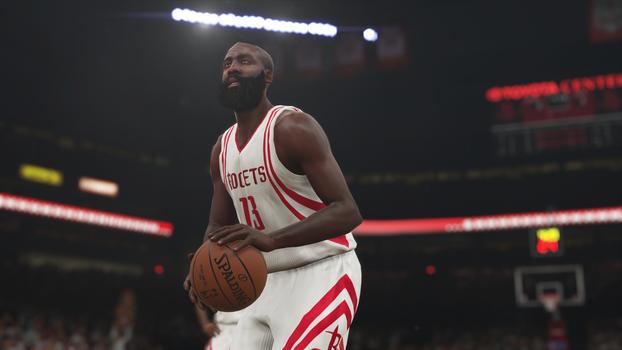 2K Sports has now released a new roster update for NBA 2K15 that has increased the player ratings for a few star players.

The latest NBA 2K15 roster updates were released on December 27th and December 28th and boosts the player ratings for some of the big stars. The most notable change is that Russell Westbrook now has an overall rating of 93. When the game launched back in October, he was only rated as an 88. His top form in the early part of the season prompted 2K Sports to boost his stats and abilities. He is now one of the highest rated players in the entire game.

Another player that has booted his overall rating in NBA 2K15 has been James Harden. He has the same rating of 93 like Westbrook. Harden is currently the leading scorer in the NBA which is why he got boost in his rating.

Dwyane Wade also got a boost in the latest NBA 2K15 roster update. Wade was plagued with nagging injuries late last season so his rating was only an 86 when the game came out. Wade has currently been on top form lately and has increased his rating to 89.

Some other minor changes to NBA 2K15 is that Rajon Rondo now wears a headband, while the Cleveland Cavaliers’ Anderson Varejao has now been relegated to the injured list.