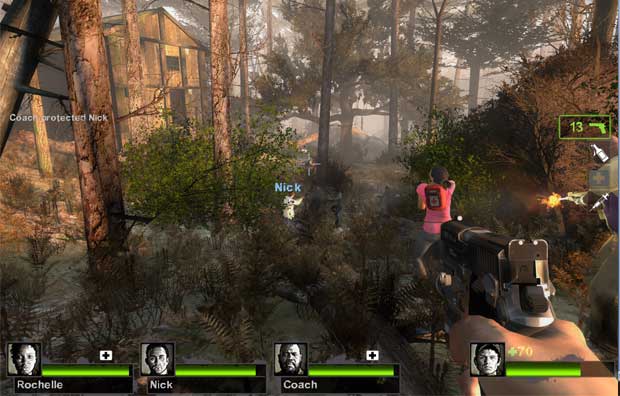 The Cold Stream DLC that was recently announced by Valve is finally ready for beta testing.  The DLC is going to be the first full campaign from a Valve community member.  The talented modder, Matthew Lourdelet created the content, and is now being helped along by Valve in the process of releasing this content to the community as an official community created DLC.

The beta is available for PC and Mac versions of Left 4 Dead 2.  Cold Stream is truly in Beta we must warn you.  This is no demo, there are bugs a plenty and Valve has issued some warnings prior to playing the beta.  There is an in-game bug reporter so you are encouraged to use it as often as neccesary.

Two notable bugs should you run into them:

If you have a problem with a spawn room, vote to restart that chapter.  Everyone needs to be by the radio headset to start the finale map.

What you’ll find in Cold Stream is a heavily wooded area, where the common infected tend to blend in with scenery quite well. You’ll also encounter more mudmen so be on look out for those dirtballs as well.  Frankly you can’t tell much of a difference between Valve’s work and this community member’s.  This is no slight on Valve, Lourdelet’s work is just exceptional.  I can’t wait to see how this turns out.  Cold Stream will automatically populate in your campaign playlist when you fire up Left 4 Dead 2 at next chance.