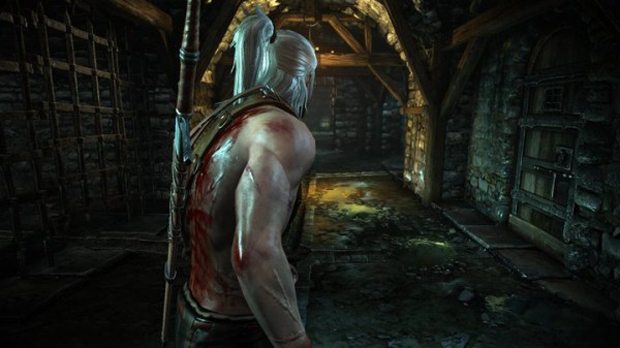 Linear gameplay is an almost dying element in this era of video games. With many critics, and consumers following, cheering for more open-world experiences developers are becoming afraid of being “too linear”.

I feel, and think others could probably agree, that linearity should not always be overlooked. To me, linearity is not the cookie cutter room-to-room movement that older games might bring to mind, but an on-rails experience with room to breathe.

A game that I think of is Uncharted 2: Among Thieves. Uncharted 2 really proved to the gaming community that linearity in video games is not dead and there is still room for fun in a defined location. After a while playing Uncharted 2, the linear aspect starts to break away from your focus, if you noticed it at all, and it becomes an organic feature that makes the game what it is. The big reason linearity worked with Uncharted 2 so well was because of the strong story driven gameplay that required scripted events. To me it was clear that Uncharted 2 could not have any other style of gameplay, merely because it would not flow so seamlessly. The linear movement gave it a sense of forward momentum and allowed for those special events to occur.

On the multiplatform side of things, Call of Duty: Modern Warfare 2 stands loud and proud. Forgetting the multiplayer altogether, the single player was a relatively linear affair, having you move through streets and locals on a straight path. There were certainly moments that deviated slightly, but when those big set pieces came up, you were exactly where the developers wanted you to be. Modern Warfare 2 was praised for a bite sized single player campaign that contained jaw dropping set pieces. This of course, was largely in part thanks to the linear movement.

For my final example in this informal persuasive essay I’m going to move on to Microsoft. Gears of War 2 is the title that I think of first, mixing brutal close-up violence with a solid covering system made it stand out. Of course, I wouldn’t mention it unless it wasn’t at least slightly linear. Gears of War 2, as with Uncharted 2 and even Modern Warfare 2, was linear without feeling particularly linear. It did move you along at the pace it felt necessary, but it didn’t put up too many walls on how you got there. I think the best word to describe this whole new wave of linearity is area-to-area to contrast room-to-room.

Linear games are redefining what it means to be a linear game. The sense of an open world in a small environment is a rewarding yet not overwhelming feeling. God of War III and Bioshock are other recent games that also come to mind that fit the area-to-area definition of a linear game. Many games that are said to be linear top my list of favourite games and I hope that those developers who excel at scripting scenes continue to do what they do.

Do you like linear games? What do you think constitutes “too linear”? Are you an open-world fan? Or a linear fan?