The latest news in the world of video games at Attack of the Fanboy
January 8th, 2015 by Damian Seeto 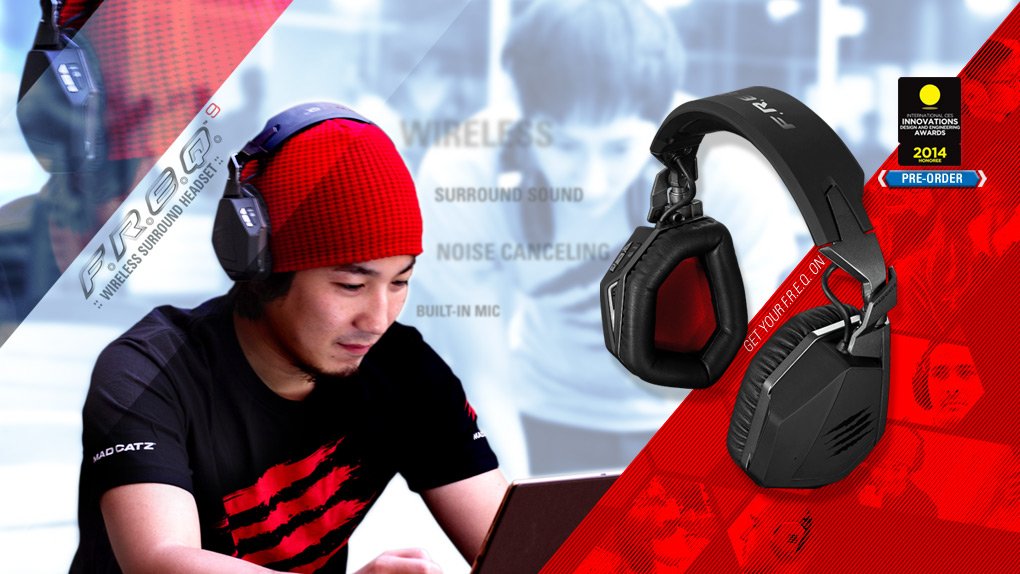 Mad Catz has now announced at CES 2015 that they are releasing a new wireless headset called the F.R.E.Q. 9

Not only is the F.R.E.Q. 9 headset wireless and have surround sound, it’s compatible with almost any device you own at home. Mad Catz touts the headset works with basically “any audio source” such as PC and MAC, game consoles, mobile and smart devices.

The F.R.E.Q. 9 uses explosive wireless surround sound via AM3D Audio technology. The AM3D technology is very accurate with its sound as gamers can pinpoint enemy movements and team mate positions with unrivaled accuracy. It can basically turn your headset to make it sound like a real-life war zone is happening right in your own home.

The F.R.E.Q. 9 utilizes premium Bluetooth technology which allows you to connect to all of your devices. It comes with an adapter box which connects to a standard digital optical or analogue source, transmitting wireless audio directly to the headset.

“Mad Catz makes products which appeal to the passionate gamer, but today even those who play games as a primary hobby, use headsets throughout their day. Traditionally we accept the notion of using different headsets for each task. A dedicated headset and boom mic for gaming, earbuds for sport, and noise-cancelling headphones for travel. We think there’s a better way to introduce quality and value to a gaming audience and Mad Catz is excited to introduce the F.R.E.Q. 9 which we believe will cover all the users’ needs, and do so with remarkable audio fidelity.”