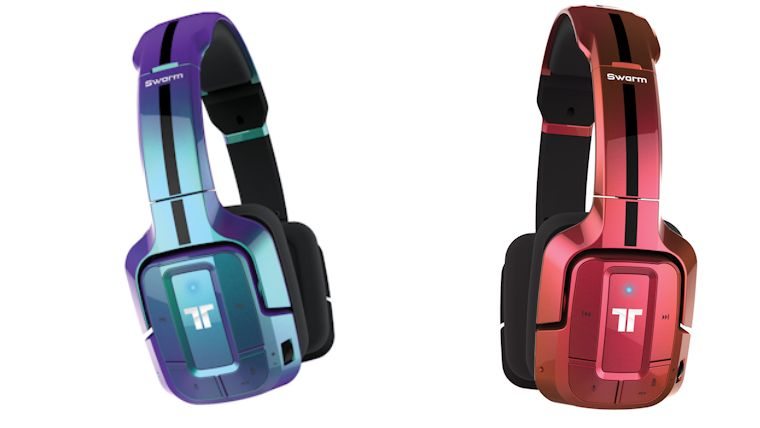 CES is one of the most important times of the years for gaming accessories and Mad Catz is certainly taking advantage of the event by announcing a slew of new devices and accessories. We’ve already told you about a few of their announcements, but we now have yet another headset announcement with the Tritton Swarm, which has a major focus on gamers who are looking to be fashionable on-the-go.

Offering a design that is supposed to blend seemlessly with the modern gamer, The Tritton Swarm not only looks good, but also boasts excellent audio quality. The headset is built for mobile devices, but can also be connected to PC and even a number of video game consoles as well.

President and CEO of Mad Catz, Darren Richardson, discussed in the press release just how they aim to broaden the Tritton brand.

“TRITTON is known for its outstanding audio quality and we believe now is the time to further broaden the appeal of the brand. We believe the Swarm will resonate with today’s fashion conscious gamer, who typically plays across a variety of devices. Our headset business continues to account for a sizable percentage of global sales and today’s announcement illustrates our commitment to grow our business further throughout 2015.”

Like many headsets around now, the Tritton Swarm can connect to two devices simultaneously, with the ability to switch between the two made extremely easy. In addition, Mad Catz has made utilized advanced technology to remove lip sync issues that often come with bluetooth headsets. There is plenty to choose from as well, with four color choices of iridescent Blue, Red, Green and Black to pick between. No release date was announced, but it is expected sometime later this year.