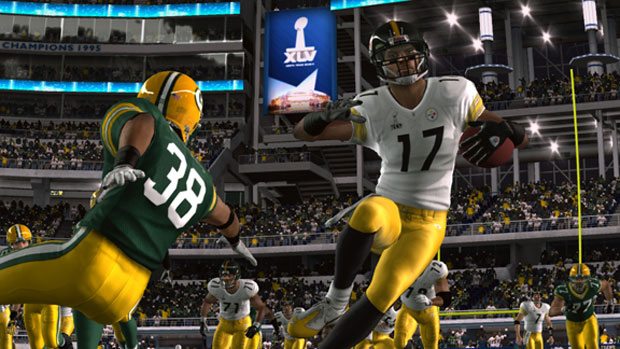 A Madden tradition that has been running now for seven years, has picked correctly six out of the last seven Superbowl Winners.  In Madden NFL ’11 the tradition continues as the two teams that made it to the SuperBowl square off on the digital playing field.  This year, the Pittsburgh Steelers and Green Bay Packers hit the digital grid iron to settle the score.

It turns out that the Madden NFL ’11 sees the Pittsburgh Steelers as the victor in this year’s big game.

In a game that came down to the wire, the simulation had Pittsburgh’s Quarterback taking his team down the field with 1:20 left in regulation to take home the title.  The Madden prediction ,as noted, has been right 6 out of the 7 years that the simulation has been run before the Super Bowl.

Will it go 7 for 8?  Or will the Packers beat the odds and take home the coveted Lombardi Trophy?

What say you reader?  Green Bay or Pittsburgh?  Or WTH is a SuperBowl?