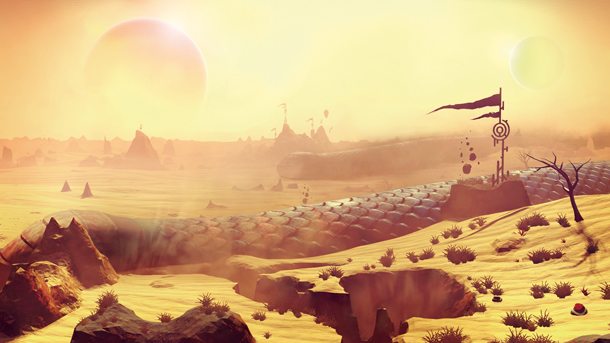 No Man’s Sky is going to be one of the largest games ever made. Thankfully, you don’t even need to be online to actually play the game.

Since No Man’s Sky is so huge, there was some concern with some gamers if it was going to be an online-only game. After all, it was revealed the game would take you 5 billion years to explore every planet.

This is significant mainly because No Man’s Sky is potentially a game you can play forever. The main problem with online-only games is that they go offline forever if the servers aren’t running anymore. You won’t have to worry about that with this game. Even if humans are still alive 5 billion years from now, No Man’s Sky will still be playable.

No Man’s Sky is being described as one of the most unique games you’ll ever play. You can create your own story and visit any planet you want. The game is coming out sometime in 2015 first on PS4 with a PC version to follow.