Mario Kart 8 Sells Over 1 Million in US, 1:3 Wii U Owners Bought the Game 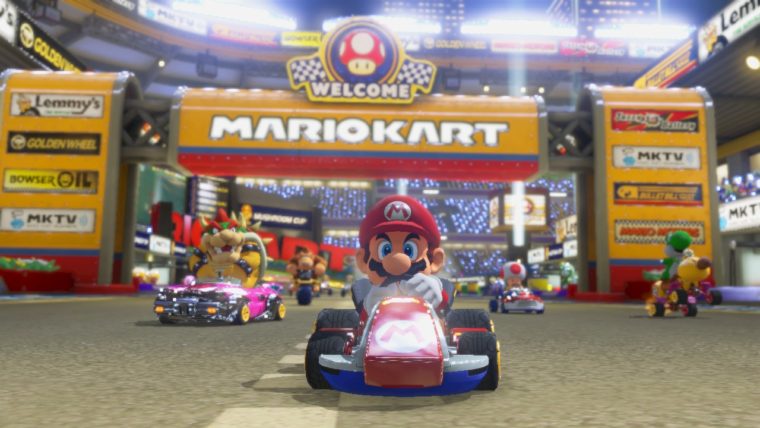 Nintendo has announced that Mario Kart 8 has sold over one million units in the United States alone after two and a half months on the market. This makes it the second Wii U game to sell over a million in the US, with launch title New Super Mario Bros. U being the first. With a current install base of just under 3 million Wii U’s in the US, that means that over one in every three Wii U owners have purchased Mario Kart 8.

This sort of attach ratio isn’t unheard of for many of Nintendo’s hugely popular franchises, but it is indicative of how strongly Nintendo software is tied to its hardware. Any new console requires a “killer app” or “system seller” to get people off the fence about the purchase. It seems like the Wii U has struggled to attain that until now. Mario Kart 8 definitely seems like a system seller, seeing a huge increase in hardware sales across the globe after its release.

Nintendo even credits the success of the game with helping improve overall software and hardware sales as well. “Through the first seven months of 2014, total sales of Wii U hardware and software have increased by nearly 60 percent and more than 135 percent, respectively, over the same period in 2013.” This trend is expected to continue through the year with notable titles like Hyrule Warriors, Bayonetta 2, Super Smash Bros. for Wii U, and Captain Toad: Treasure Tracker coming over the next few months.

While many of those don’t seem like system sellers by themselves, added together they form a pretty solid offering for Nintendo fans. Whether it helps turn the tide in their favor after the problems they have faced over the last few years is anyone’s guess. If any of those games can achieve the same success as Mario Kart 8 then the Wii U could be seeing a brighter future soon.