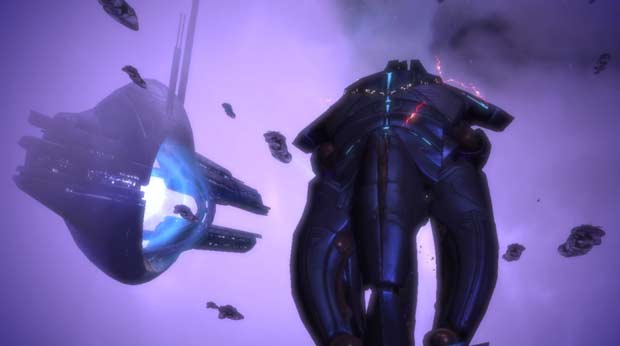 A Mass Effect 2 patch for PS3 may have outed the upcoming DLC that Bioware announced earlier in the year.  The pack was found named as, Arrival, the content will feature three new trophies which may give us our first glimpse of what to expect from the content.  And as is the case with news like this, the Bioware forums have made quick work of theorizing on what we can expect from the upcoming DLC.

The forum postulates that the reapers may be coming in the Arrival leading us into the sequel, Mass Effect 3.

“Historians and astronomers alike are abuzz tonight over a new paper published by Dr. Amanda Kenson of the University of Arcturus. Her team claims that by testing the dust trapped in the gravity wells around a mass relay, and comparing its composition to that of dust clouds in the same system, scientists can create a timeline of when the relay passed through the dust. Her conclusion? “Only a small fraction of the mass effect relays date back 50,000 years,” she writes, “The majority are far older, indicating they were created by a species predating even the Protheans.” Dr. Aurana T’Meles of the University of Serrice met the information with skepticism: “While Dr. Kenson’s methods appear sound, the asari tried a similar procedure centuries ago and discounted it. What civilization could have spanned the galaxy for not thousands, but millions of years? If this were the case, we should have found mountains of evidence of their passing. Where is this species now?”