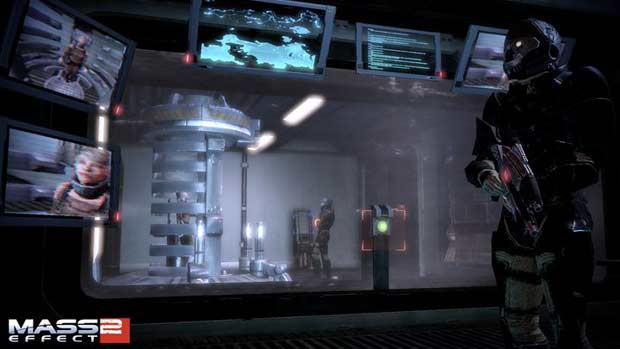 Last month Mass Effect 2 fans got a glimpse of the upcoming and announced DLC that will bridge the gap between Mass Effect 2 and Mass Effect 3.  Outed as “The Arrival”  a PlayStation patch introduced trophies that led on to the not yet to be named or released content.

Now Bioware has released a screenshot from the pack, with the intent of releasing more, if the price is right.

See, if the Mass Effect 2 Facebook Fan Page gets 750,000 impressions the team will release another screenshot.  While the DLC still hasn’t been officially titled, there was some literature packed into the Dragon Age 2 games pointing to the content.

As well as the confirmation from Bioware that there will be some form of story bridge in the form of DLC between the two games.