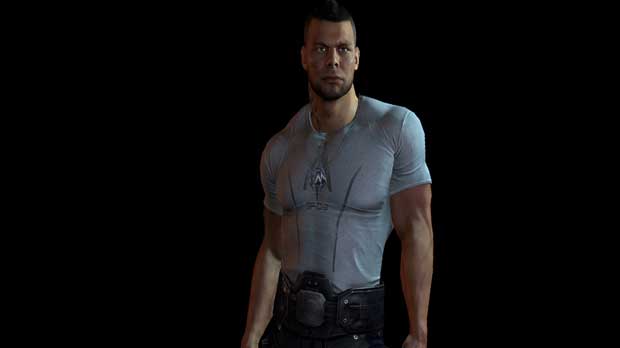 Casey Hudson revealed a new image of the newest squad member in Mass Effect 3.  James Vega might look like he spends his time on the boardwalk of the Jersey Shore each summer, but this Alliance soldier may be integral in completing Shepards ultimate mission of saving all of mankind.

The reveal was in celebration and a thank you to Twitter followers that propelled the Mass Effect 3 producers Twitter follower count to over 10,000.  Mass Effect 3 which is scheduled to launch in the first quarter of 2012 is the story of Commander Shepard, his squadmates, and the fight to save the Earth from certain destruction.