Memories or: how I learned to stop rushing and savor the game 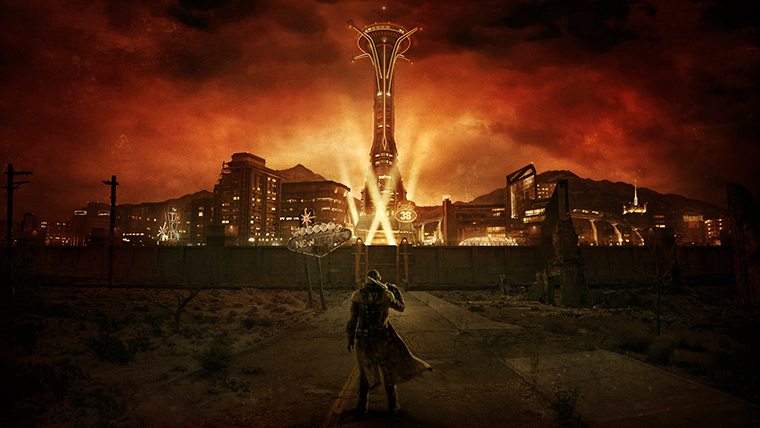 New Vegas, Concrete jungle where dreams are made of. There’s nothing you can’t do, now you’re in New Vegas. These streets will make you feel brand new. Big lights will inspire you, let’s hear it for New Vegas, New Vegas, New Vegas. As I strolled down New Vegas, first glancing at the Gomorrah, then the Lucky 38, then the Ultra-Luxe, and finally the Tops, I realized I had entered my own empire state of mind.

Despite the fact that I had played Fallout: New Vegas back in 2010, that memory remains forever etched in my head.Whenever I played Empire State of Mind, I wasn’t just listening to a love song to New York. I was being transported to a different time. I was taking a trip down Memory Lane.

One thing I had always pondered was: why is it that video games are the ones that instill the most memories of any artistic medium for me? As far as storytelling goes, video games are either really contrived or just plain bad. Most games suffer from bugs and glitches and, unlike any other medium, video games do not age well. Yet, despite all of these flaws, I have more memories playing video games than I ever have watching a movie or looking at art or even listening to music. While I’m not 100% certain, I have my hypothesis. Video games, followed by music, are the best medium where multiple stories can be told: those the auteur tells and those that you tell. 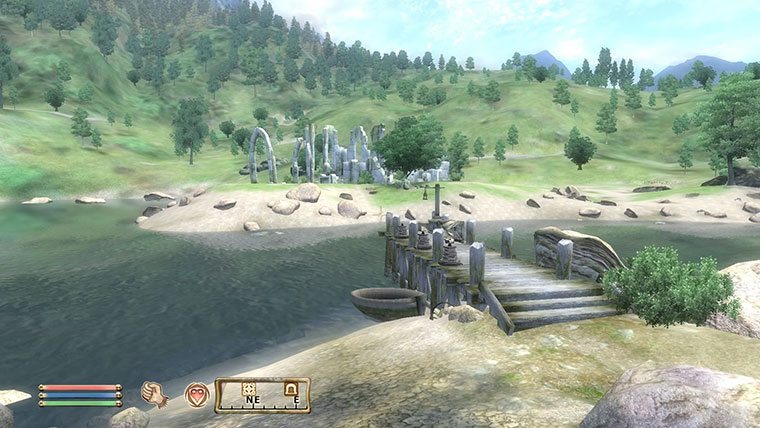 “Can it…can it be?” I inched closer, certain yet afraid of the outcome. “Oh my gosh, it’s…it’s…light.” I just stared, dumbfounded. I began to inch forward. I could feel the light. I started to quicken my pace. My walk became a jog. I could sense it, freedom at last! My jog became a sprint. “Just…10…meters…left…”  I stumbled out of the pit and before me lay a lush land, one filled with green. It would come to symbolize an idea of endless exploration and wonder — an idea that I could do anything.

Those were my thoughts as I escaped from the tunnel and entered into a new world known as Oblivion. While I had played some RPGs beforehand (like Fable), I had never experienced a true open-world game before, one that was filled with almost unlimited possibilities. And that moment, when I left the sewers and entered Tamriel, would come to define my experience with Oblivion.

There are many different ways that we are introduced to game worlds and gameplay ideas that form these long lasting memories. They are formed by the combination of both personal experience and the many lines of code that make up a game. For each person it is different. These personal connections can come from anywhere, with any game. 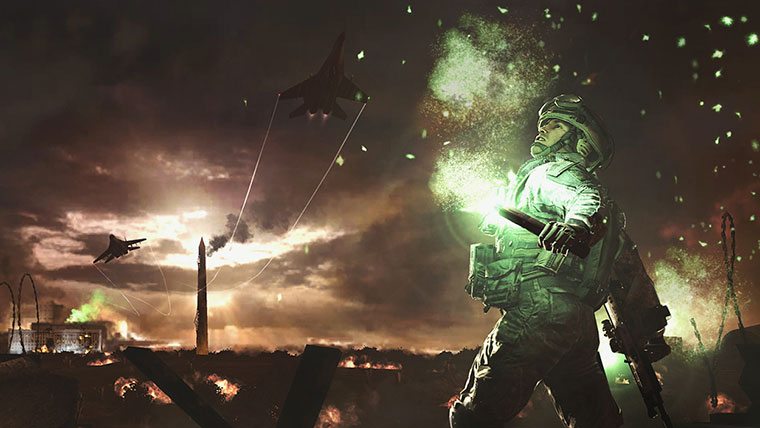 “30 seconds, we have to get to the roof now! Go, go!” Desperately I sprinted ahead, shooting anything that moved. “The stairs, I just need to-” An enemy sprinted down the stairs, determined to stop my advance. I screamed as my blade pierced his neck. I was not going to stop until I reached the top. Almost…..there…. “Use your flares!” One-two-three. Quickly I waved the flares over my head, hoping, hoping beyond a doubt…”Aborting weapons release.” I sighed. It worked.

Modern Warfare 2‘s campaign was, by all accounts, fairly mediocre. It was short, it jumped from person to person with reckless abandon, etc. There shouldn’t be any reason why I have memories of it. Yet I do. And my friends do. Whether it be jumping 300 meters in a snowmobile,  barely escaping as the Gulag was being blown to pieces, or in my case, rushing to the top of the White House to prevent the carpet bombing of D.C., all my friends and I had memories when we played MW2. But why?

As I’ve gotten older, one of the things I have begun to notice is that I rush through games, trying to finish them as fast as possible, so I can get to the next game. I figure, time is too short and there are too many games to play. This has allowed me to experience many games that I wouldn’t have otherwise. But it comes at a cost. The memories I formed as I played started to dwindle. In my rush to finish, I wasn’t savoring anything. I was going through the motions.

Over the winter break, I invited some of my friends over to my house, just to chat and catch up. As we contemplated what to do, we started to look at some of the old games we had played, and figured, “Why not?” Soon, the room was filled with memories of old Left 4 Dead scares, Halo 3 shootouts, and trying to survive on Nazi Zombies, both for Black Ops and World at War. After that, we started talking about experiences we had, whether it be how we would spend all of school talking about Skyrim, swearing and cursing as we tried to beat Halo: Reach Legendary solo, or the various races we’d taken part in, in Mario Kart.

That moment, talking about all the ideas, sensations I had while playing with my friends, became an eye-opener for me. I started to wonder, just how much of these memories, of these experiences, have I lost because I was rushing through a game to get it done? I started to go through my game collection and replay all the old games I had already beat. And soon, I was remembering everything. I remembered going into full Rambo mode as I tried to survive just one more round in Nazi Zombies. I remember my giddiness in Dead Rising 2 as I first entered Fortune City and realized that I use anything to kill zombies. But there was one memory that stuck with me the most. 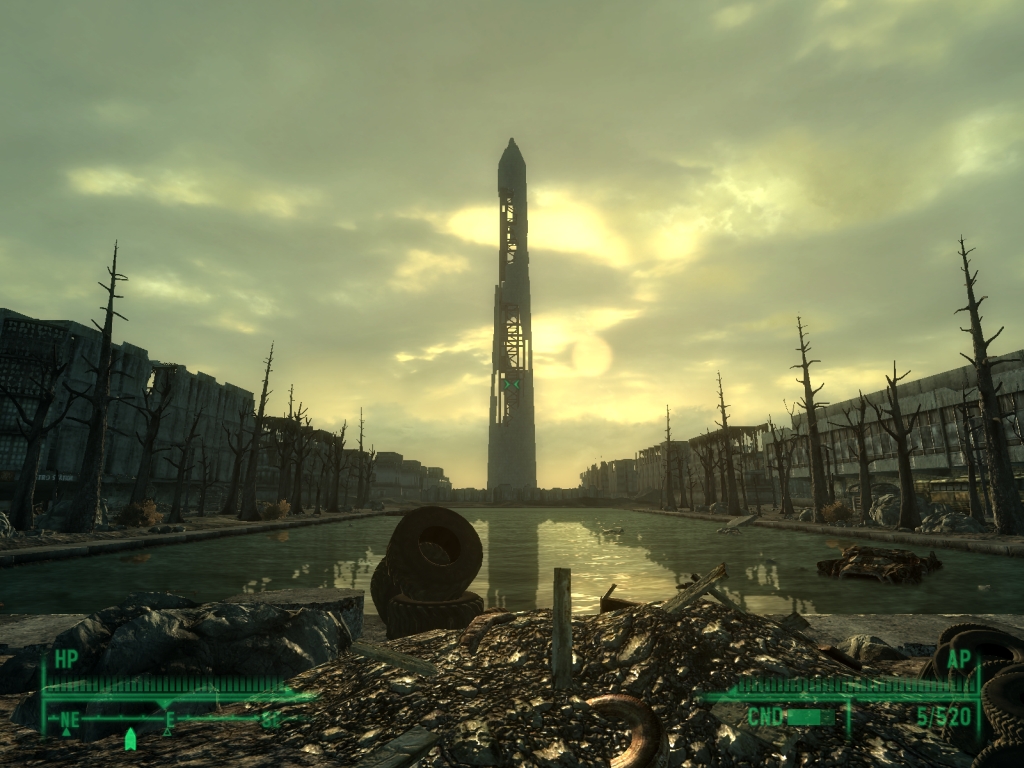 “Finally!” I sighed. I had just spent the last hour trying to escape the Metro System, filled with Super Mutants and Feral Ghouls. But I had finally gotten out. As I walked up the steps, I glanced at the Subway marker. It had seen better days. It was bent sideways, looked like shrapnel had gone through it. There was rust everywhere, and it wasn’t just red. It was green.  As I squinted, I could barely make out the etched out words ‘Mall – Northeast’. “Huh,” I thought, “don’t remember any Metro stations going through the Mall.” Now my character, the Lone Wanderer, didn’t think that (how could he? He was raised in Vault 101 his whole life) but I thought that. As my eyes adjusted the green hue in the sky, I noticed a skyscraper piercing the sky. Despite the noticeable cracks and holes, the Washington Monument stood, almost defiantly, as a testament to another time.  Only a few months ago, I had  been to Washington D.C. And here I was, visiting it again, but this time seeing it in ruins. I started looking around and saw familiar sightings. The Lincoln Memorial, half destroyed and without a head. The Reflecting Pool, once so clear and pristine, now filled with cars, shopping carts and radiation. The White House, completely obliterated. The Capitol Building, once a sign of progress, was now filled with barbaric Super Mutants and the Talon gang. And Arlington, once a juxtaposition between both life and death, was now just death.

In my rush to finish games, I never had an experience, a memory, like the one I did. Granted, there were some exceptional circumstances to it (I had visited Washington D.C. and then played Fallout 3 afterwards), but the point remains. Rushing through games has its purpose. You beat the game and move on to the next one. But as I start to look back, I realize it wasn’t fulfilling. I was simply going through the motions. I wasn’t creating the experiences and memories for the game because I was blazing through. And I feel that these memories are very important to the gaming culture. Once all is said and done, your life is one giant memory bank.  So I encourage you, don’t simply rush through a game to get it done. Enjoy it, experience it. Create these experiences while you can because that is what you’ll remember.

Home / Game News / Memories or: how I learned to stop rushing and savor the game