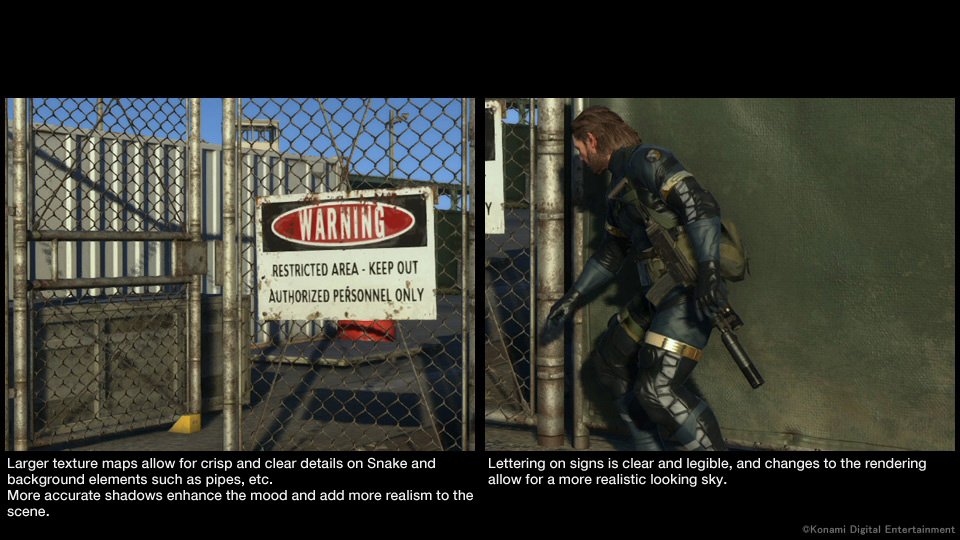 While the resolution news isn’t all that surprising in itself, Kojima Productions has also confirmed that the PS4 version will run at native 1080p. This won’t come as a surprise to those following the game’s creator, who has been touting the PlayStation 4 version of Ground Zeroes for some time.

Native 1080p on the PlayStation 4 versus the upscaled Xbox One version is going to be a difference maker for a lot of gamers who own both systems. We saw earlier this year that there was a pretty big difference between on-screen image quality in the Tomb Raider: Definitive Edition release on the Xbox One and PS4. The PlayStation 4 managed to leave the Xbox One version behind in terms of resolution and frame rate.

Ground Zeroes has come under fire in recent weeks. The upcoming prologue to Metal Gear Solid V: The Phantom Pain was recently previewed by a number of different outlets, who’ve said that the game is extremely short, in relation to its price.