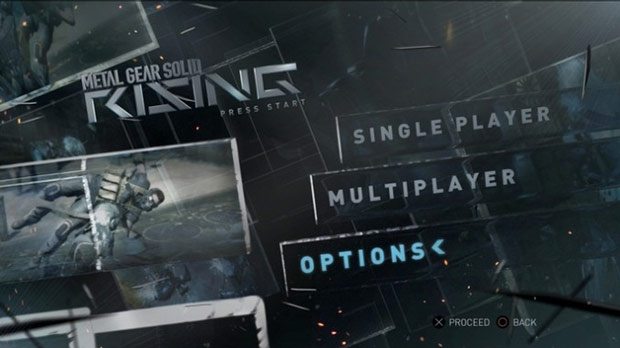 Metal Gear Solid Rising Screenshots of the menus under construction hint at the possibility of a multiplayer component from the team at Konami.  The screens uploaded by Angelsign studios could be legit.  They are the studio under contract to create the menus for the new game.  No official confirmation has been given by the developer at this time but Angelsign did put a disclaimer on the images.  As always: “Images do not represent the actual game menu graphics”

Metal Gear Solid Rising is tenatively scheduled for a 2012 release.