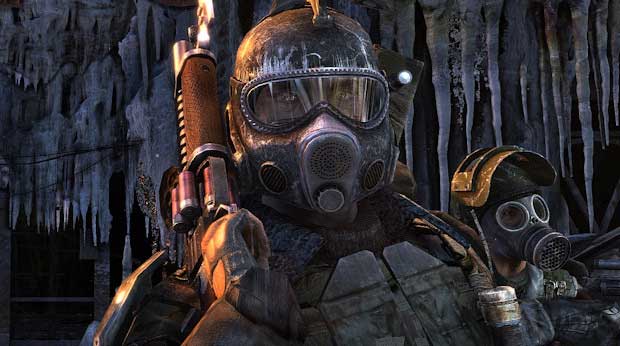 THQ released Metro 2033 last year for the PC and Xbox 360.  The game was a first person shooter based on the book by Dmirty Glukhovsky, and was a gritty and dark experience.  Danny Bilson recently made comments to Industry Gamers that Metro 2034 has been “greenlighted” by THQ and that E3 will be the time and place for the official reveal.

The game really showcased a powerful new engine on the PC, but it did have its flaws.  Mainly poor shooting mechanics, but the story behind the game was gripping, and interesting, and one I won’t soon forget.  Bilson believes that “the game got lost in the turmoil” of THQ’s restructuring and that Metro 2034 “will blow people’s minds at E3”.