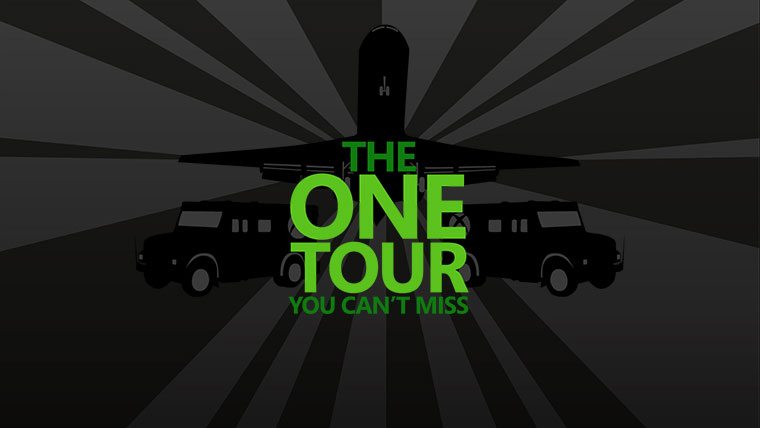 For those who have yet to experience the Xbox One, now may be your big chance. Microsoft has announced a nationwide tour allowing people around the U.S. and Canada to get their hands on their new toy. Microsoft is dubbing this “the One tour you can’t miss.” You can check their tour website here [http://www.xbox.com/en-US/onetour] to see if it’s coming to a city near you. The location closest to me is New Orleans, La. and although I got my own hands-on experience with Microsoft’s new console at E3, I definitely wouldn’t mind checking it out again to see what improvements have been made over the last three of four months.

There are two different evens set up for the Xbox One Tour: Test Drive and Area One. Test Drive involves four “decked out Xbox One trucks” stopping at various locations in cities and allowing people to experience the new controller, check out a game or two and an extra spring in your step to carry you through launch, Microsoft says. Area One is a larger experience only in certain cities with live music, gameplay and much more.

Despite what you think of the Xbox One, Microsoft has been going all out with their advertising and awareness for their new console. It could be because they think they’re currently behind the PS4, or simply they want to build as much hype going forward toward November 22.

The tour kicks off next week, October 2, in Miami, Fla.