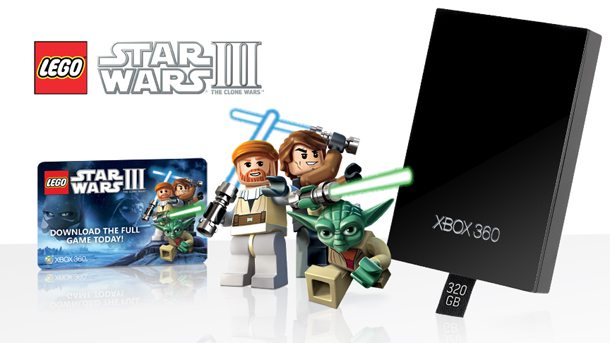 Look for more space on Xbox 360?  Microsoft has just announced the new 320GB variety of HDD for the Xbox 360 S.  Though it won’t come cheap.

The HDD will run you $129.99 and will come with a voucher for Lego Star Wars 3: The Clone Wars.  The code can be redeemed on the Xbox Live Marketplace.

You can find the hard drive for sale on retailers like Amazon right now, but keep in mind this HDD is specifically made for the Xbox 360 Slim Model.