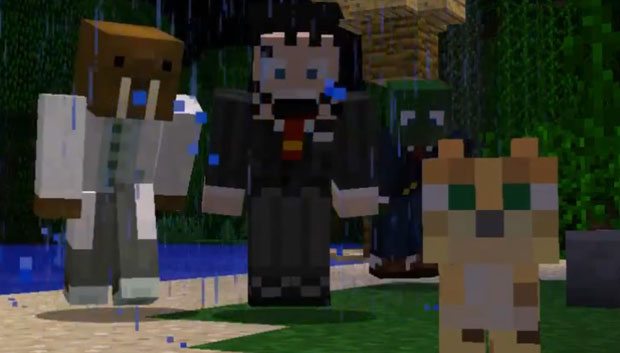 Mojang has just introduced a whole slew of new features for Minecraft in update 1.2.  The announced features of jungle biome, ocelots, cats, iron golems and more can be found in the latest update for the game.  For the full list of new inclusions you can journey over to the Mojang website, check out the list below, or watch the rather amusing trailer below.

The trailer shows off all of the new inclusion in an epic line of defense battle where an inbound zombie assault is fended off utilizing the new features found in the update.