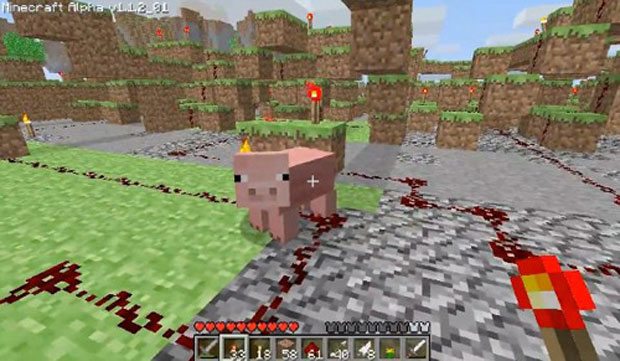 Mojang has announced that Minecraft will hit the iOS tomorrow.  The Minecraft Pocket Edition is a smaller version of the PC version of the game that is designed specifically for smartphones and tablets.  Users will have the opportunity to play in the randomly generated worlds, and build to their heart’s content.

Multiplayer is also available in the Pocket Edition of the game, but you’ll need a wi-fi connection to hookup with friends to access the functionality.  Cross platform functionality between Android and iOS devices means that now you and your workmates will have a whole new obsession to keep you occupied and doing everything but what you’re supposed to be.

The Minecraft Pocket Edition has been live on the Xperia Play since August, and last month the game hit Android.  Tomorrow you can pick the game up for iPhone, iPod Touch, and iPad for approximately $7.