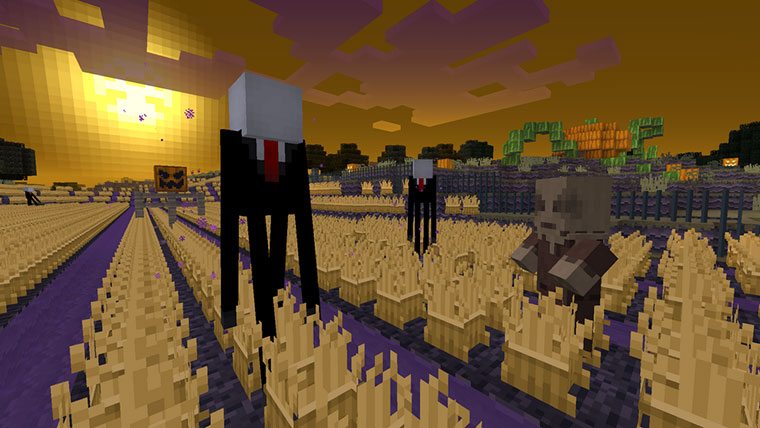 Minecraft players on the Xbox One and Xbox 360 will be getting a free Halloween themed texture pack, due to release on October 29th.  Like previous years, the texture pack will give the game a more spooky look, for a limited time.  The free pack will launch alongside a premium Steampunk pack, which will isn’t free.  The Victorian themed Steampunk Texture Pack will cost $1.00 on Xbox Live.

While the Xbox Wire was the first to dish details about the Halloween pack, 4J Studios confirmed the details via Twitter with the accompanying image found above.

What 4J didn’t say, was whether Minecraft players on the PS3, PS4, or PS Vita would be getting a similar free pack, or not.  With Microsoft now owning Minecraft, it wouldn’t be surprising if the Xbox versions got more little freebies like these.

We’ll have to stay tuned to whether PlayStation users will get the free update, or not.

Update:  4J has updated that the Halloween themed Free Texture Pack will be arriving for PlayStation.  “Hopefully next week”