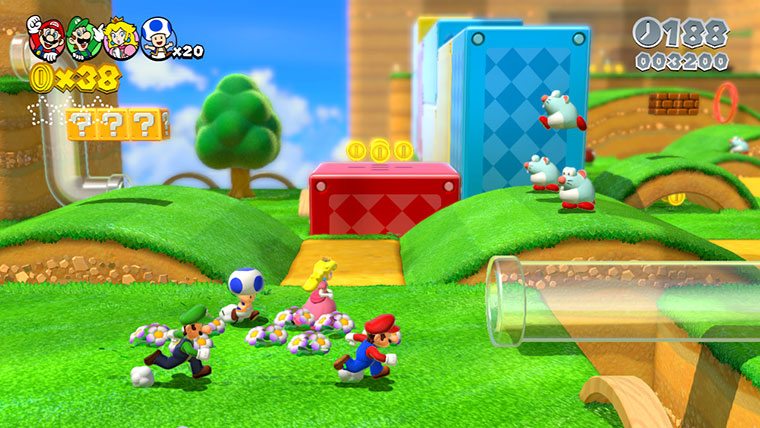 Despite Nintendo’s insistence on improving their online infrastructure for the WiiU and 3DS, one thing games have noticed is that many traditional Nintendo games do not have online components, but local multiplayer. As an example, the released Pikmin 3 did not have internet due to latency, saying “You have to be very careful that you don’t drop frames as you’re trying to sync up with other players over what could be a very great physical distance, over the internet. But in the situation of Pikmin, for example, since you would have lots of individual, small creatures, the Pikmin, whose every movement and location is going to be really important in the game, it would be very difficult to sync up over an internet connection.”

And now with the Super Mario 3D World coming out soon, Kotaku asked if they planned on implementing online components for their core Mario games. The response Miyamoto gives should definitely ring a bell. “While online play is certainly technically possible for us, it simply wasn’t the focus for us this time around,” Miyamoto said. “What we really wanted to do was to create something that people could experience fully while playing comfortably with others who were nearby them, and this is something we decided would be best for Pikmin and the best case for Mario here as well.”

“Now that is to say the answer to this question might change in ten years time, if there’s a future game where for example we don’t think it’s important to be able to see the face of the person you’re playing with, then we might be able to focus more on some online function there. But for right now our focus is really on a comfortable play experience with people in the same room.”