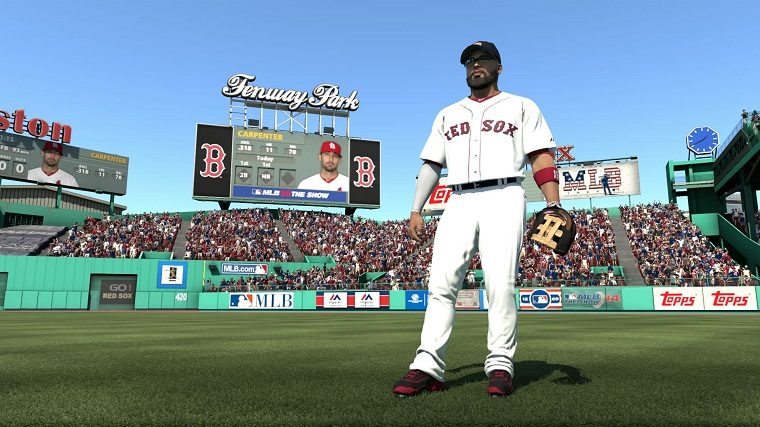 The ESRB has now rated MLB 15: The Show and details the same game modes will be returning.

Since MLB 15: The Show is a game about the sport of baseball, the game has obviously been rated as “E” for everyone. There were no content descriptors as the game has no violence or any other offensive material.

The ratings summary for MLB 15: The Show however highlights some of the returning game modes. Fans should be happy to know that they didn’t remove any major game modes.

The MLB 15: The Show summary says:

“This is a baseball simulation game in which players compete with Major League Baseball teams in a number of different modes (e.g., Franchise, Road To the Show, Home Run Derby). Players can adjust athlete’s power and precision while pitching or batting, and can initiate defensive strategies while fielding.”

This summary appeared on all versions of MLB 15: The Show. This means the PS4, PS3 and PS Vita versions should all have similar modes. The only major differences being the obvious graphical changes between the three platforms.

MLB 14 The Show MLB 15: The Show
We're Looking For Contributors