The Vet and Noob are under fire. 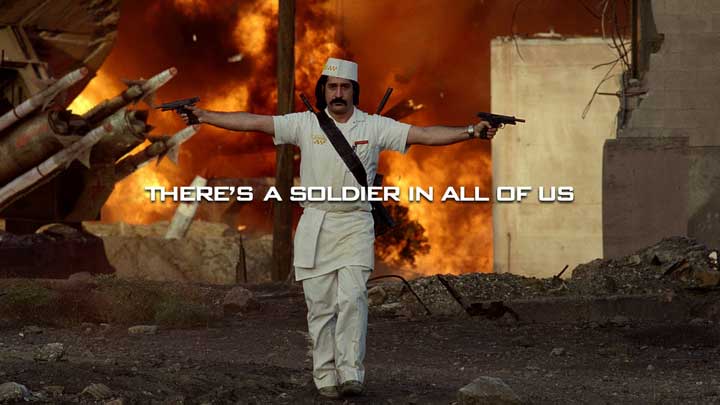 While this wouldn’t be the first time a shooting game depicting war has caught some heat from the military veteran community, it is definitely the latest. One Veteran isn’t pointing directly at the gameplay this time around, he’s calling out Activision’s advertising as a method that is “hideous and trivializing”.

“If this were September 10, 2001, maybe it wouldn’t be quite so bad,” said US Army Special Operations Paratrooper D.B. Grady in a recent interview. ” But after ten years of constant war, of thousands of amputees and flag-draped coffins, of hundreds of grief stricken communities, did nobody involved in this commerical raise a hand and say, ‘You know, this is probably a little crass. Maybe we could just show footage from the game’,” Grady said when speaking about the seemingly light-hearted Vet and Noob commercials.

I too preferred the Black Ops ads Mr. Grady, lets keep the heat on until Kobe comes back with his RPG.