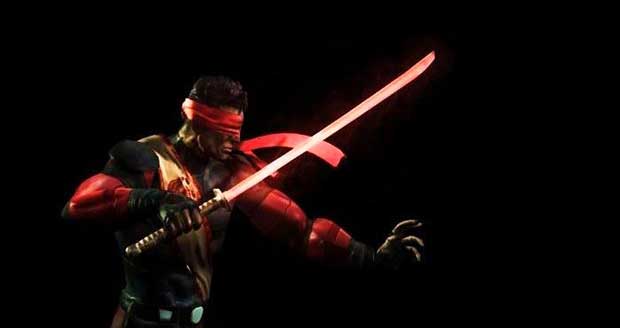 Two new DLC characters have been revealed for Mortal Kombat.   Kenshi and Scarlet are the two characters that will be available to you at a price, sometime after the game releases on April 19th.  In a recent interview with CVG, Hans Lo spoke in detail about the new characters.  Scarlet is a character that will hit home with longtime fans of the series, she’s a glitch from the old days that occurred on old arcade machines.  The glitch would turn the Jade, Katana, Milena female ninja red, and fans named her Scarlet.

“People always thought it was a hidden unlockable character and it wasn’t, it was purely a programming glitch. They’ve always speculated and in fact it was the fans who named her Scarlet to begin with. She’s no longer a glitch – she’s an actual character, and she’ll be coming pretty soon post-launch.”

Kenshi will be familiar to fans of the franchise as well, as he debuted back in Mortal Kombat: Deadly Alliance.  If you can’t place the name, he’s the blindfolded guy with a Katana Blade.

“They won’t be copy and pasted from characters already in the game – they’re going to have their own unique fighting styles, moves, fatalities and x-rays – all the good stuff,”