Why you must play Mass Effect 2 on PS3 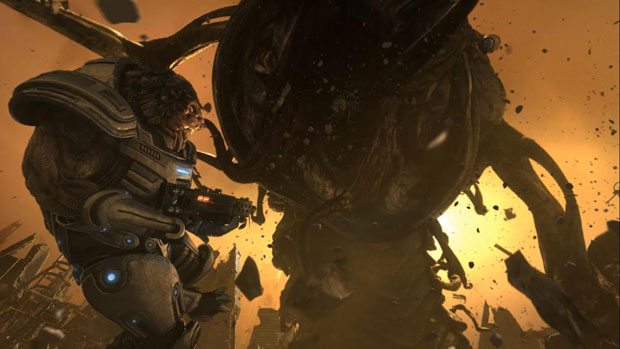 If you are wondering why you should purchase Mass Effect 2 on the PS3 over a year after it’s initial release, the answers are definitive. First of all, Bioware says so. And Let’s get this out of the way, Bioware is pretty smart. Other than that, there are some clear benefits to buying the soon to be released second installment of Mass Effect for the PS3.

Gamers and their ability to appreciate graphics are something that is never going away. And Mass Effect 2 for the PS3 offers a notably better visual experience than previous releases. These “clearer” and “more vibrant” images can only be found on the PlayStation 3 console for one reason. It was announced earlier that Mass Effect 2 for the PS3 was built from the ground up using the new engine that will be found in Mass Effect 3 later this year. It’s almost like getting a sneak peak at Mass Effect 3 before it’s release.

Aside from the notably better graphics, whether you opt to buy Mass Effect 2 in the traditional blu-ray format or through digital distribution, you will be getting all of the content that has been made available in the year that the game has been out. This means all of those downloadable content packages that everyone else had to pay for. Yup, you’ll be getting all of it included in your price of admission for Mass Effect 2 on the PS3. And there’s more, PlayStation owners will have access to free DLC at launch which contains new weapons and armor for a limited time. This will be very handy in fending off the Collectors and Harbingers.

If that’s still not enough, and frankly I can’t see why not. Mass Effect 2 for the PS3 will include an exclusive Dark Horse interactive comic that will get you up to speed with the saga of Mass Effect 2. And whether you are a Mass Effect fan or a Dark Horse fan these comics are can’t miss stuff. The exceptionally well written and arguably better drawn comics are a great read, and for it to be your introduction to Mass Effect is jealousy inducing. In fact, I hate you for it.

Putting all of these bonuses that the game is bringing to the PS3 aside, Mass Effect 2 at it’s core is a phenomenal experience. One of the best in gaming in recent memory. The game is one of the best RPG’s I have played in a while, and with that title you can expect great writing, a wealth of choices, and some truly unforgettable moments in Mass Effect 2.