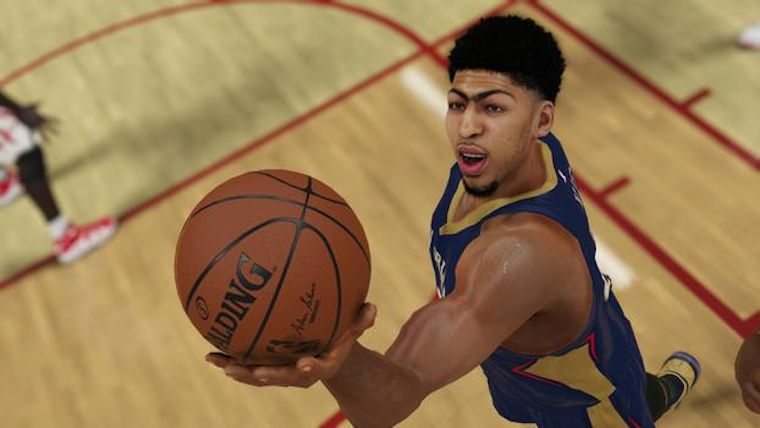 In a post on the Playstation Blog 2K Games senior community manager Ronnie Singh goes into detail about the MyPARK mode and a few PS4 exclusives. NBA 2K15 will be bringing back the popular “The Park” mode from the last game, this time adding in a ton of improvements and renaming it as MyPARK. Pulling together MyPLAYERs for games of street ball, the mode has been greatly enhanced for NBA 2K15.

This year, the world is getting bigger and the stakes higher.

“This year, the world is getting bigger and the stakes higher. The Old Town Flyers, Sunset Beach Ballers, and Rivet City Rough Riders are recruiting true competitors to represent their community in NBA 2K15′s MyPARK mode. Each affiliation has its own 8-court home park and unique flavor of basketball emphasized by slight boosts to various aspects of your game. Pledge your loyalty to one and start making a name for yourself.”

NBA 2K15’s MyPARK mode won’t just appeal to those who want to play street ball though. Players looking for a more structured game that follows traditional NBA rules will be able to visit the Jordan Rec Center and play just like normal. Each MyPARK affiliation has their own Jordan Rec Center, so you have tons of options for how and where to play.

The Stage is a special location where teams will play on the rooftop of a building in the middle of the city. “This is a neutral site where the love for your park is set aside for your love of VC. It’s time to put your VC where your mouth is. Step up to one of the courts and Ante-Up the amount of VC displayed. Win and you split the pot with your team. Lose and you’ll be walking off the court with lighter pockets. Squads are supported here as well.” The Stage will be exclusive to the PS4 release of NBA 2K15 for 30 days. Another piece of exclusive content is the High Rollers area, where antes can reach up to 45,000VC.