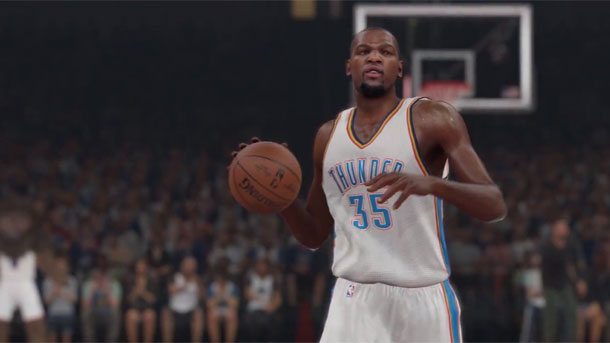 NBA 2K14 looked great on PS4 and Xbox One last year, but the PC version was modeled only on the older consoles. This won’t be the case for the release of NBA 2K15 this year.

Ronnie2k made the following announcement on Twitch regarding the PC version of NBA 2K15 this year:

“The time has come for PC to go next-gen. PC from here on out is going to be just in line with our PS4 and Xbox One announcements. Every feature, every mode will be the same for PC and Xbox One and PS4”

This will come as good news for PC owners that felt left out when NBA 2K14 came out last year. This means NBA 2K15 on PC will have all the great features that are being planned for the PS4 and Xbox One versions. Not to mention it will be graphically superior this year too as the game engine is better than the one being used on the PS3 and Xbox 360 platforms.

2K Sports has yet to announce the features being planned for the PC, PS4 and Xbox One versions of NBA 2K15. We do know the PS3 and Xbox 360 versions will have the popular Crew Mode.