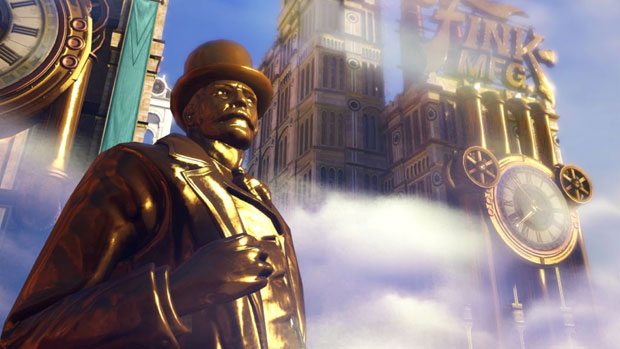 As we get closer to the launch of Bioshock Infinite, it’s no surprise that Irrational Games will have a presence at Spike’s Video Game Awards this weekend.  A new Bioshock Infinite trailer will be revealed at the show according to show host, Geoff Keighley.

A new but familiar screenshots of the game was posted with the announcement of the trailer.  As you can see, it appears to be more of the Columbia that we’ve already seen plenty of at this year’s E3 2011.

Earlier this year, Irrational Games unleashed a lengthy gameplay excerpt for the upcoming game that was nothing short of impressive.  You can catch that below, but for the new trailer, you’ll need to tune into the show.