The latest news in the world of video games at Attack of the Fanboy
March 15th, 2015 by William Schwartz 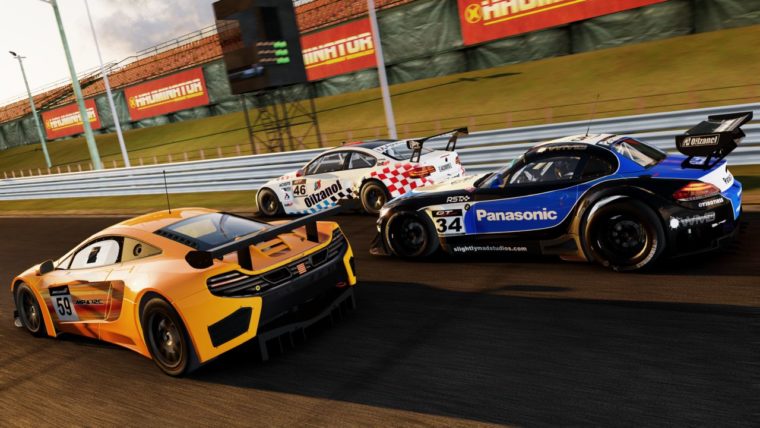 Slightly Mad Studios and Bandai Namco Games have recently confirmed new content for the recently delayed driving simulator Project CARS, as well as releasing a detailed developer diary on the pit section of the title.

The team have revealed that aside from polishing the game they have been hard at work adding new content. Four brand new tracks have been licensed and will make it into the full game: the tracks being the Sonoma Raceway, the Circuit de Spa-Francorchamps, the Brno Circuit and Willow Springs International Motorsports Park.

The below developer diary takes fans deep into the Qualifying session within Project CARS and details how to use a number of the in-game features; such as the pit lane Monitor, Pit Strategy Manager, and Tuning Setups.

Due to the recent delay, Project CARS will now be available for PlayStation 4, Xbox One and PC mid-May. The Head of Studio at Slightly Mad Studios, Ian Bell, has revealed the reasoning behind the delay:

“Despite our long heritage and pedigree in making critically-acclaimed racing games, Project CARS is by far the grandest and most intricately detailed of them all. Despite therefore the game being 99.9% complete, the remaining 0.1% attending to small issues and bugs has been tricky to anticipate. We’re absolutely dedicated to delivering a ground-breaking experience and by targeting mid-May fans can be assured that’s what they’ll receive”.