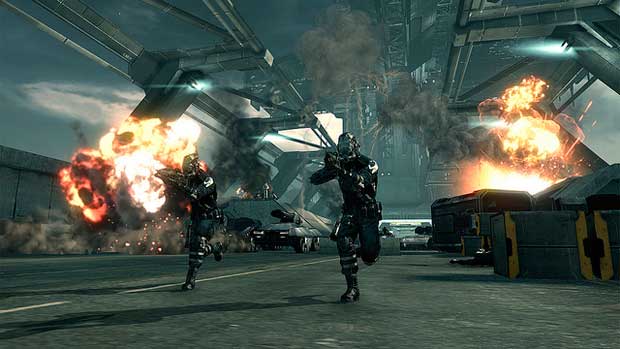 When Dust 514 was announced at E3 many weren’t too sure what to make of this upcoming title for the PlayStation 3.  While it was easy to get excited about, an FPS merged into the world of one of the biggest MMO’s (Eve Online), not much has been revealed about the game.

Earlier today, Lin Luo a server architect for the game, took to the PlayStation Blog to describe some of the work on this upcoming shooter.  So how do the first person shooting multiplayer battles integrate into the EVE universe?  Well as Lin explains:

Lin also explains how these battles are managed on the server side of things if you are interested in hearing all of the technical nitty gritty on the PS Blog (link below).