The latest news in the world of video games at Attack of the Fanboy
December 28th, 2014 by Damian Seeto 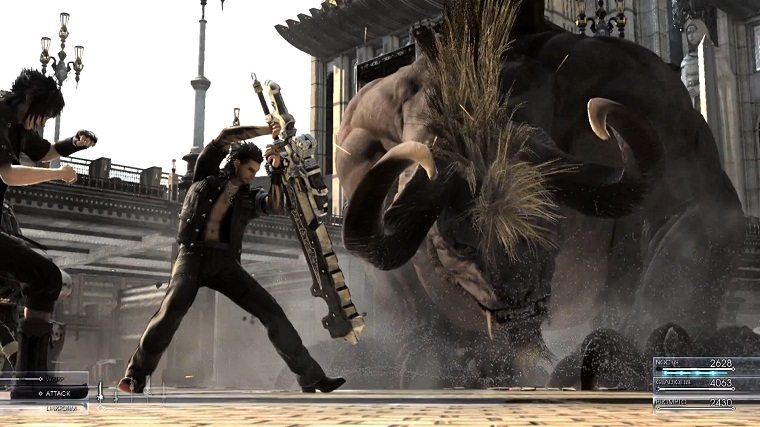 The Comic Fiesta event is happening in Malaysia this weekend where Square Enix revealed some new details about Final Fantasy XV.

The editor of Nova Crystallis (a Final Fantasy fan-site) attended the Comic Fiesta event and he reported about Final Fantasy XV on his Twitter account, @MakuXV.

Malaysian culture will also feature in the actual Final Fantasy XV video game itself. Some of the foods featured in the game include Teh tarik, Satay and Roti canai.

Speaking of food, Ignis (one of the characters in your party) can cook for you. He will make great meals depending on the ingredients you give him. Ignis is the guy with glasses and a British-like accent for those unfamiliar with the character.

Square Enix also said the one of towns you will visit in Final Fantasy XV is called Lestallum. This is the town you may have seen in the Jump Festa trailer released earlier this month.

Square Enix didn’t want to admit yet if Stella is still in Final Fantasy XV. Stella was the blonde girl seen in the trailers for Final Fantasy Versus XIII. When the game got renamed to XV, she hasn’t been seen yet. Square Enix just laughed and said “no comment” when a fan asked for her whereabouts…