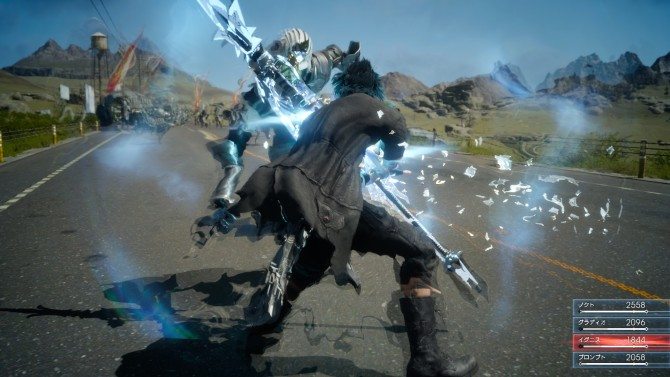 Final Fantasy XV director, Hajime Tabata, revealed new details about the game during a special PlayStation Event in Hong Kong. Nova Crystallis summarized the most interesting parts of the presentation.

Tabata also mentioned Final Fantasy XV is not related to Final Fantasy XIII or Final Fantasy Type-0 HD. However, they share the same “Fabula Nova Crystallis” mythology. The “power of the stars” will also be a key role in the game.

In terms of development, making Final Fantasy XV a true open world video game has been challenging for Square Enix. However, they still want to press on and get the game finished. The team also wants to add a photo mode and even the dog/cat cam view too.

Lastly, Tabata talked about battles in Final Fantasy XV. He said fast-paced battles like the ones seen in the trailers will be limited to certain locations and events. Battles in the game vary from slow to fast. The demo featured battles in the regular pace. Co-operating with your party members will also be important as Noctis bonding with his mates is a key theme for the entire game.