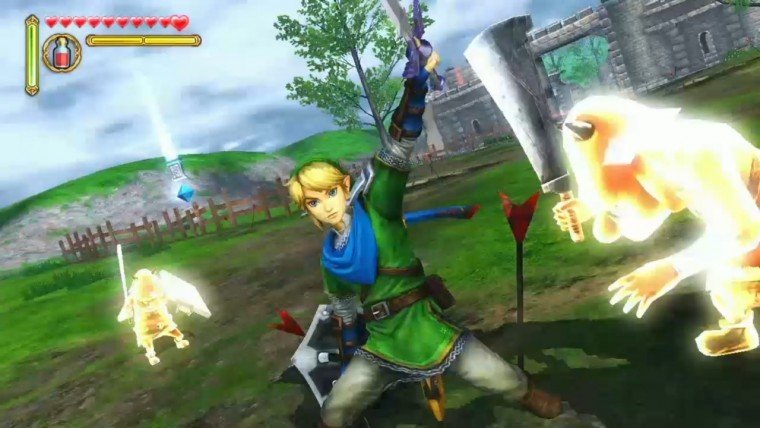 Famitsu Magazine had load of new information on the new Hyrule Warriors video game. A lot of interesting stuff was written about the game in the article.

Nintendo Everything managed to dissect and translate the article giving out several new tidbits about Hyrule Warriors. I will try my best to summarize most of the important info you need to know about the game.

First of all, you can shop between battles in the game and shopping areas include “a training room, potion shop, badge shop and junk shop”. You can only use potions once, but they will give you a special effect during battle. You can level up your character via training, or via normal gameplay.

Heart pieces and containers still exist in Hyrule Warriors. They work in a similar way from any other Legend of Zelda game. You can choose your character, plus also choose the weapon they will ise in a stage. You cannot change weapons during a stage sadly.

As announced earlier, Fi from Skyward Sword is confirmed to star in Hyrule Warriors. She can float in midair and can “transform into a sword to slash enemies”. Hopefully a gameplay video will be shared on her soon.

Hyrule Warriors releases for the Wii U on September 26th in North America and September 19th in Europe.