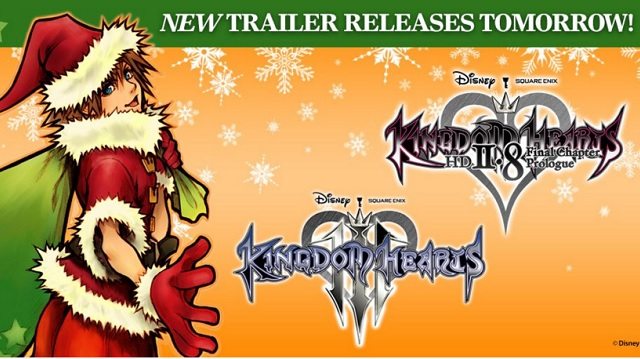 They tweeted: “The holidays are coming so we come bearing the gift of a trailer tomorrow! Thanks for your support! #kingdomhearts”

It’s an early gift for Kingdom Hearts fans since the last good trailer for the game came out months ago. There was a trailer that was shown during the D23 event in Japan back in November, but Square Enix did not release this publicly online.

If we are going by North American times, tomorrow is December 18th. This is the day that Star Wars 7: The Force Awakens is officially out. One has to wonder if Square Enix might include some Star Wars content in Kingdom Hearts 3. It’s possible, although the release of the trailer could just be purely coincidental.

Nobody knows the actual release date for Kingdom Hearts 3. Square Enix is putting more effort in releasing Final Fantasy XV first. This is because they don’t want to release their RPGs around the same time. It’s possible the game won’t be out until 2017. The platforms the game will be out on are the PS4 and Xbox One consoles.