Night And Rain Will Change Racing In Forza 6 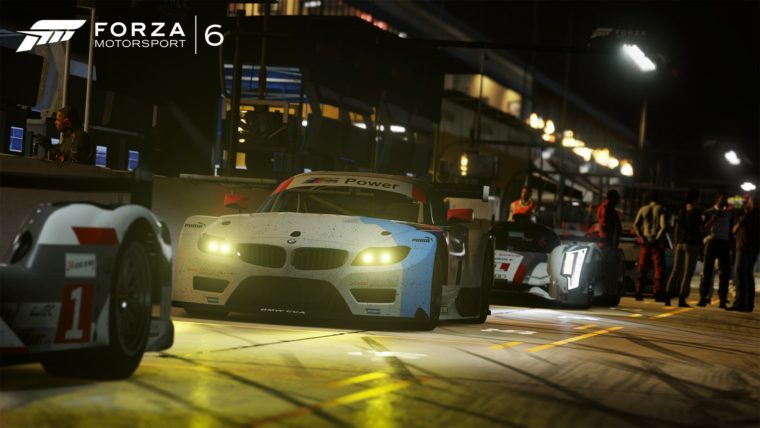 Turn 10 has explained in more detail what night and rain racing will be like in the upcoming Forza 6 video game.

PixelDynamo interviewed Bill Geise who is the Creative Director for Forza 6. Giese described the great lengths Turn 10 has made to ensure the game is dead-on accurate to real life.

To research what’s it like racing in the rain, Turn 10 visited real life tracks and actually studied to track to see where “puddles would form on rainy race days“. Forza 6’s animators would then recreate the puddles as seen on the tracks.

Rain is not just a cosmetic thing that will make Forza 6 look pretty either. It will have a huge effect on how cars will handle in the game as well. Turn 10’s intention was to make wet tracks a tougher challenge for Forza veterans.

Forza 6 will also see people racing at night too. Rain and night were added in Forza Horizon 2 last year, but this is the first time a main entry game for the series will have them.

Night racing affects the track as well. Geise explained that the tracks cool down at night and tires from the car don’t grip to the road as much. Some tracks will also be more lit up than others too.

Sadly though, Forza 6’s rain will be limited. Geise said it never rains at night in the game and the amount of rainfall will be the same.